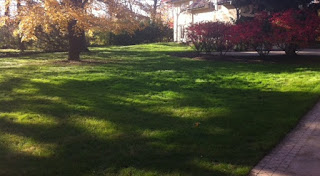 Normally, I have things drafted and ready to post, but not today.  It was one of those workdays yesterday and I was beat yesterday evening, so it just did not happen.  So you can thank Dith for getting me off my fanny to post.

Actually, I have been on the computer as I woke up this morning with this idea that while my deleted email folders empty after a certain amount of time, my 'sent' files do not.  I had / have a chance for getting some of the photos I lost, when my laptop was stolen, back.

Clearly, it's not all of them, but anything I might have shared with anyone since, say 2005, I can go through thousands and thousands of emails and pull back and put into a folder and re-re-re-re-re-back them up.

So I got on that jag and just forgot about blogging.

On a side note, it's a beautiful day today, but one we won't have to spend doing leaves.  As I mentioned, we outsourced it.  Four hispanic men came yesterday with their leaf blowers and cleared the acre and the beds of all the leaves - or at least the ones that had fallen.  We have about 30% more to still come down.

The beauty, which I wasn't expecting was that they vacuumed them up too, as opposed to just leaving them at curbside until the city picked them up.  That was helpful on so many levels:  one was that who knows when or if the city would pick them up as we get closer to snow time.  The other is, that those leaves would just blow back into the yard or turn to muck and just become sludge on the lawn or street.

I have not been outside yet, but I'm sure the yard no longer looks as pristine as this. 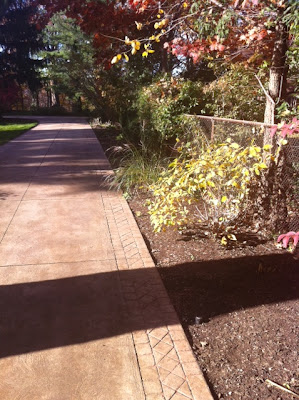 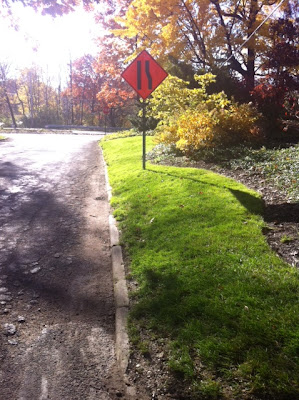