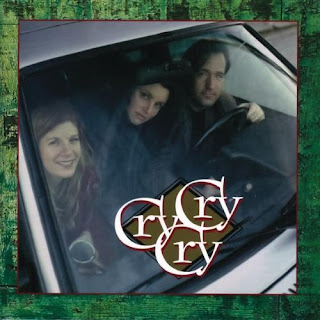 But just bolstered on the two females of the group, I got the disk all that many years ago.  I had a number of their solo disks and thought, well how can this be bad?  And it isn't.

Granted, folk music isn't everyone's cup of tea, but it's not all "Hang Down Your Head, Tom Dooley" or all Pete Seeger.  As with most generes, there is a fluctuation within the category.

Honestly, I bought it for Williams and Kaplansky, since I enjoy their work so much.  I ended it up liking it for Shindell.

The record is worth its price for two songs alone: "Shades of Grey" and "Cold Missouri Waters" and both are Shindell-led.   The women certainly have their moments ("the Ballad of Mark Magdalen", "I Know What Kind of Love This Is").   There is a misstep with a cover of R.E.M.'s "Fall on Me".  It's a song that never needed to be taken on again.

It's folk music, so you're not getting any fast tempoed songs, though "Shades of Grey" picks up the pace a little.

You might want to sample the tunes at iTunes.  It's a good album not a great one, but it has some stellar moments, which is more than you can say about most releases.
Posted by Blobby at 6:30 AM

You have the most peculiar musical tastes.