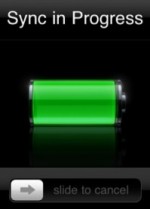 How long has it been since my laptop was stolen right from under my nose?  A month? Longer?  I haven't been keeping track of time.

The new MacAir is great and I'm loving it, but my iPhone has been woefully un-updated until I got my iHouse in order.

I had to resync my iPhone to update it for the new OS, but before that, I had to make sure all my music was pulled off and saved, or when I did update, everything would be wiped out.  I had too many songs and albums from library visits that I had not backed up to just lose.  I wasn't willing.  But I never had time to do the deed.

As beautiful as this last weekend was, 710 and I got me to where I needed to be. There is a "free" service to pull songs off your phone, and it would identify any duplicates so you don't have to spend the time doing it for crud you already have.  Oh, and this "free" service only allows you to pull 1000 songs at no cost.  After that, it is $20.

The problem is, between two devices, I had 3700+ songs, clearly a number of them duplicated.  1700 to estimate.  After realizing the duplicate identification part of the program was not working, and a few hours of stupidly thinking I could know which song had been backed up and which had not, I gave up and paid the $20 and downloaded everything and then used iTunes to sort duplicates.

Even that was a painful process.

On our back-up drive, we had most of all our ripped music, but I noticed at least a dozen disks that are not, so I'll have to fix that  But in my OCD state, over the last few years, I made sure I had artwork for all the stuff on my laptop.  That was not backed-up now.  So I am trying to repress anxiety attacks when much of the reloaded music comes up with no artwork or the wrong "tag" and artwork attached to the song.

It's not easy.  Anxiety normally wins out.

But I did get my shit updated, so I have 2000 songs back on my iPhone along with a new OS, which I am liking, if not still getting used to.

What, what, what IS it with men and their media files?

Not only backup up regularly, but make sure your backups work properly. Just to add to your level of paranoia.

@Rebecca What is it with Women and their Shoes, Yarn, Handbags....

Well, life is pain and impermanence and holding onto material goods brings suffering... all that buddhist crap.

Glad you got shit working again tho.

Now, if only I could figure out this iCloud shit and why my phone iTunes purchases don't go to my computer.