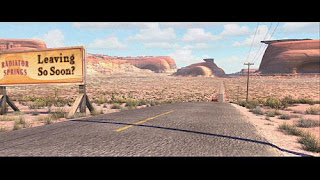 Technically, I'm not going anywhere, and unless it is Andy Rooney saying it, no one is calling me "young man".

However, as work goes, things are changing.  I am staying with my company, but changing roles.  The job I have has morphed into something that did not play to my core competencies.  I'd say I was failing, but in reality, most of my peers are struggling as well.  The difference is, while they were somewhat unhappy, I was fairly miserable.

As luck would have it, I had a few opportunities internal to which I could make a move.  I'm partial to Operations and have done a great job at that - so I'm going back to my skill set.   And my new territory is out west.  And I do mean West.

We're talking Mountain and Pacific time zones.  But no, I'm not moving.  We're not moving.  That's why there are jet planes and such.

I don't know my client base yet, save two.  So my time away from home, percentage-wise, will be the same, and the plan is for me to be home more often, but when I'm gone, it will be for longer periods of time.

This plan was not made without consulting the better half.  If it works, it works.  If it doesn't, it doesn't.  I know I couldn't live being as unhappy in my work performance as I was.  The sad thing is, the team I'm leaving contains some of the greatest people I have ever worked with.  I truly like all of them and we get along so great - which is amazing since we are all decentralized and we see each other only a few times per year.   Maybe that's why we like each other.

I know a few people on the new team and I like them.  One of them is my man-date, Scott, whom I reference here now and again.  I'll be spending a number of days in June with them, in Denver!

So, I don't know how this will affect the blog.  Can I still blog daily if I'm traveling for longer periods and in different time zones?  The first test is this upcoming week.  Even though I have not officially started my new position, timing is everything.  I will be with my new boss visiting the two clients I know of - but I will be gone for an entire week starting tomorrow.

That week goes into a holiday weekend, so yikes.......I know it will be a struggle, but we'll be fine - you and me.  I have some "canned" blog posts ready to role if I can't find time to tell of you of my real time journeys (don't stop believing, wheel in the sky....and all that).

I'm excited, even though I don't know how I will transition off my current clients. I don't even know who to transition them to yet.  Tick tick tick.  And I'm excited for the upcoming holiday weekend, but more on that as, or after,  it happens.

Song by:  Cyndi Lauper
Posted by Blobby at 6:37 AM

The West welcomes you with a big ol wet kiss.

this new chapter in your work life most likely will provide some interesting blog fodder.

and cleveland still has the best record in baseball; amazing. go tribe!

I like the new graphic. Being happy is only everything.

I will wait whether it is a day or a week.

Congratulations. nothing better than being happy at your job