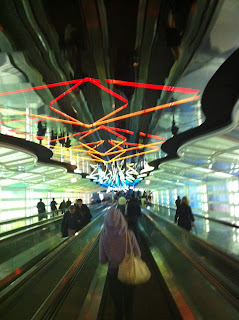 Yesterday was one such day.

As I was in Columbus for a morning meeting, I did not have time to drive back to Cleveburgh to catch a plane to Vermont, so I went out of CMH.

Naturally, flying from there, there is a rub. Isn't there always?

To go east to Burlington, I had to go west to Chicago. UGH. Normally, I have had no issues with all the horror stories that O'Hare is famous for. I can no longer say that.

I asked the stewardess (yes, I'm calling her that, as opposed to Flight Attendant or 'clueless bitch'.) To be fair, I don't think she was clueless, she just opted not to tell me since I think she knew the answer.  So many flights tell you about the connecting flights and their gates.......there was nothing.  And when asked, she said, "how would I know?"  Whore!

I had an hour buffer between scheduled landing time to my connecting flight. It's not hard to do the math - I missed the connection.

I get that it's weather related, even though there wasn't a drop of rain or even low hanging clouds. I'm sure it was "wind". BFD. Clearly it wasn't bad enough to stop planes taking off. Like my connecting flight.

United was kind enough to book me on a flight the following day (today), take-off scheduled for after my meeting would have actually started. No offer of going stand-by on their two other flights....until I asked about it. Oh, and no apology for the hassle or inconvenience.

I suppose a "we're sorry" implies liability or something, so they avoid it.  It's just poor customer service, if you ask me.

Stand-by was an option.  I made it from #4 to #1, but never made it onto the actual flight. There was no reason to try the morning flight, so I am trying to get back to Cleveland.  The stand-by didn't work there, so I'm scheduled for a 21:30 CST flight.  I'm drafting this before - so I have no idea if I will actually be taking off.  All signs point to 'yes', but how many times have I heard that today?  (update: I made it home around 01:00)

Oh, I did snap a few pics (naturally).  The glamour of travel. 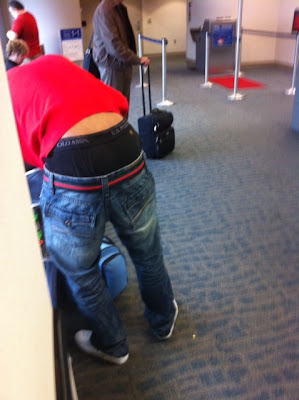 Buddy, no one - and I do mean no one - wants to see this. I speak for the universe as a whole. We had a meeting and I was elected spokesman. 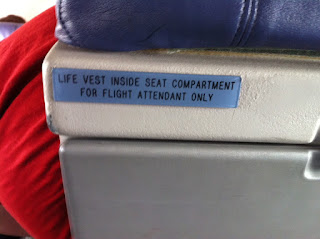 
Song by: Shawn Colvin
Posted by Blobby at 6:45 AM

I'm curious whether clients (or prospective clients) are understanding about missing meetings due to air travel problems. They don't hold it against you, do they?

Good lord, what a nightmare!!! Glad you made it home safely, and without hurting anyone on board.
:-)

travel seems so nasty nowadays. Phooey to any of it.

But it's better than actually attending a yawny meeting though, right?

Funny... not your inconvenience... the way you described it