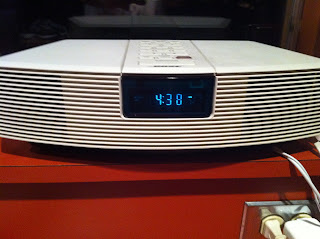 04:38.  Blobby can't sleep.  I'd like to say this is the time I got up, but it was the time I went downstairs, after lying awake, then dressing for the gym.  I still had almost an hour to kill before that even opened.  Insomnia sucks. 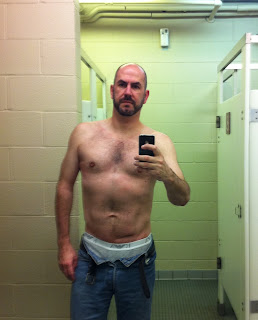 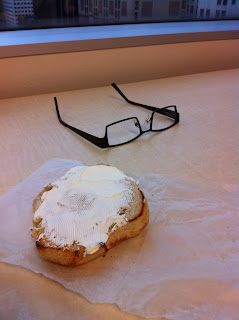 07:35.  Work desk.  Half a bagel with light cream cheese - and my readers.  My contacts don't work so well for the close up stuff, even though they are bifocal contacts.  I'm old. 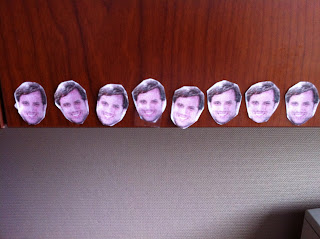 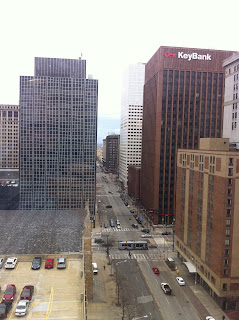 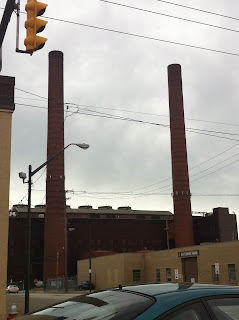 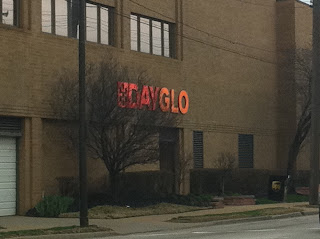 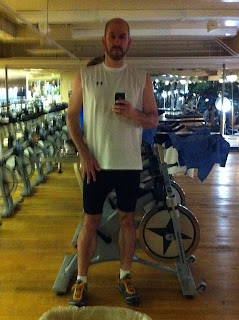 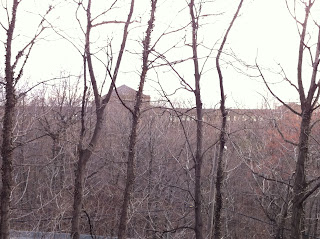 19:15.  The Baldwin Water Treatment Facility.  It's a beautiful building, not that you can't really see it in this picture. 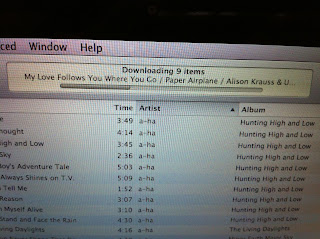 19:45.  Downloading my pre-purchased iTunes copy of the new Alison Krauss + Union Station album.  Oh yes, David, it will be my Record of the Month.  Brace yourself. 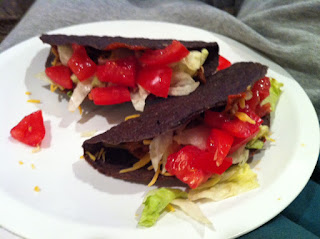 20:20.  Dinner.  Homemade tacos.  It was one of the meals I prepped the day before to which I alluded in yesterday's post. More on that in a few days.  But man, but a good heat they gave off.  A nice slow but steady burn.  Another recipe winner. 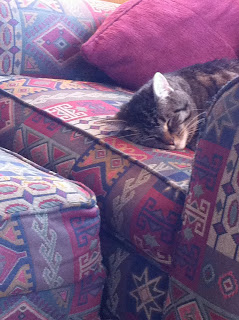 21:40.  One tired kitty cat.  Poor Sophie is always so tired the day we have our cleaning person come in. She follows her around like a dog might, so she is always beat at the end of the day.  And poor Denton - she take over his chair.
Posted by Blobby at 5:05 AM

Tell "whoever" that I LOVE the Craig Project. And sweet Sophie too.

You sure do workout a lot...next time you do this I recommend you post a post-workout shower pic...glad you liked the tacos.

You forgot to make the duck face in your mirror pic. :)

The Craig project is inspired. I'm honestly impressed... such creativity ;-)