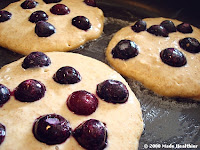 My Music Monday kind of effs up anything fun that happened on Sunday that I want to report on, but I like the alliteration, so I think it will stay for the moment.  Any Sunday events just get delayed by a day or so.

I suppose I could do two posts for one day, but I do not see that happening at this point.

Sunday was family day.  Most Sundays are, but those "most" usually involve my parents and at least one of my sisters and their husband and kids.  But this Sunday was other family - my cousins David and Bill, along with David's wife and Denton.

While it might sound lame, Denton and I never go out for breakfast.  I'm happy to scarf down my cereal and (not "or") maybe an English muffin before heading to the gym.  But upon talking to David the day before, he suggested....well, he said coffee, but if I'm heading out, more than a beverage is going to be needed.  That, and I don't drink coffee.

We opted for Big Al's Diner, mostly because it was close to where Bill lives.  It's not far for Denton and myself, but David had to drive in.  It's not like he was making this huge excursion.

If you're looking for fancy, Big Al's is not for you. I'm not sure there is anything over $8 on the menu. It's a diner.  There are no reservations, there is no hostess.  You seat yourself when you can get a table. And when you have 5 folks, you might wait a while.  Luckily, we didn't have a long wait.

It's a diner. It's dirty. It's cramped. It's bustling, like it should be.  Since I had been up for a bit, I still had my cereal but saved room for our mid-morning get together.  There I had my standard Freedom French Toast.   ...and bacon.  Actually, some of the best bacon I've ever had.

David's wife got blueberry pancakes. OFMG.  I'm guessing there were 2-3 quarts of blueberries.  More berries than pancake batter.  WAY more.  They looked incredible, and I don't even like pancakes due to IPF*

The food, as always, was good, but it was the company that made the day.  The three family boys (Bill, David and myself) have little to no filter.  That is good........though I suppose it could be problematic in some situations.  I don't think we offended anyone within earshot, and had the respective spouses laughing. Well, we were all laughing.

Topics ranged anywhere from the International Film Festival to bowel movements.  For the record, neither of these were brought up by me.  I'm just saying.  I'm not saying I didn't participate, they just were not initiated by yours truly.  This time.

At the risk of sounding too sappy, and knowing he's reading this, I just have such affection for David.  He just makes me smile and laugh and laugh and laugh.  And I've mentioned it here before, but for as long as we didn't know each other, I think we both know the similarities between us are wicked strong - and I get that affirmation from are better halves.  Or our put-upon halves.

After b'fast, we all walked the neighborhood, peaking in stores that were not open on a Sunday morning.  Denton was walking behind David and myself and mentioned to me later how similar it was - our body types and how we carried ourselves.  More for people to be scared of when they look at DNA and how it all works.

It's just cool to hang with him - even if it is just for breakfast.

"I don't think we offended anyone within earshot" - by that, you mean the entire 44120 zip code, right?

Although I'm not afflicted with IPF, I do suffer from IFR: Icky Fat Revulsion. Not in my mouth. *shiver*

Don't you just love it when you click with someone? After not seeing them in forever, you can just sit down and start where you left off. You never know who that's going to be, but when you find it, don't let go. I really enjoy hearing of your adventures with David.

Hey I've heard of Big Al's! It was featured on one of those cooking/eating shows on the Food Network once. They sell HUGE portioned meals for cheap. A few months ago I suggested to Greg and his parents that we head over there for a meal, but my idea was totally quashed. Greg's folks REFUSE to go to the east side. Yes, they are west-side snobs.

Short snob story coming: The other day Greg and his mom and I were at the Borders Books in Crocker Park in Westlake, having some coffee. I suggested we go to Tommy's for lunch the next day (it's on Coventry on the east side). She asked why do I like the east side so much. I said there is a better class of people. The woman literally GASPED! And so did all the people at the tables surrounding us!!! The snobbery was epic.

You and Denton are enchanting fellows. I think the fact that you were holding up cue cards that said applause, talk about bowel movements, etc means that perhaps you initiated them.

I remember Big Al’s too! I used to hang there with Richie, Potsie and Ralph Mouth. Ahh the good ol days.

We could fix this Monday problem with Top Tunes Tuesday?