You're My Favourite Waste of Time 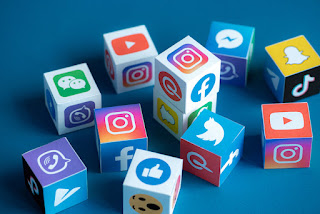 You know, some days it's just all I can do to jot down thoughts here.
I rarely get to comment on blogs as I used to. I mean, I"d like to, but who has the time?  And when I find it, the moment has passed, as their entry is now days old - and chances are someone probably wrote something smarter and wittier.
....well.......smarter.
And while I'd LOVE to just fuck with likes of BLOTUS and Kanye Ye, the idea of setting up accounts at Parler or Truth Social seems tiresome, and trolling could be a full time job.
Let's face it, I wouldn't last long there even if I wanted to take the time. They're all about "free speech" until it's against either one of them.
Hell, I got my hand slapped - pretty hard actually - on Twitter two years ago when I wished harm on Mitt Romney and his family when he refused to take a stand after RBG died and they pushed through that cunt of a Supreme Court justice.
My wish wasn't even a violent one. Just how I wish them no peace and a life full of pain the rest of their days.  I got threatened with a life-time ban...............while in the meantime, BLOTUS is upper-casing every tweet that were hate-filled and lies.  So, don't tell me he didn't get special treatment.
Getting semi-banned from Twitter was fine. Yes, I can go there and read shit, but I didn't. It's been a g-dsend.  While I've given up most news outlets anyway, this gave me the freedom to give up fake news outlets.
Mind you, if I could write some automatic algorithm that just sent baseless mean, but hilarious messages every so many minutes, I'd do it just to clog the system. But again, who has the time.  Or the knowledge.  I didn't even get a C++ in computer programming.
And with Musk taking over Twitter, having the ability would be wonderful. I mean, he's going to ruin an already flawed platform, but wouldn't it be great to make it so much more annoying that he threw away $44 BILLION dollars?    ......you know, instead of feeding every poverty stricken person on earth for life?
Kanye and BLOTUS should merge their flailing platforms. I mean, they totally deserve each other.
Song by: Marshall Crenshaw
Posted by Blobby at 12:07 AM

I bet he who must not be named, is convinced his is bigger than K, like his shands and his . . . I don't even want to think about it.

I’m Twitter and FB free and I’m very happy about it.

If only $44 billion was enough to feed every poor person on Earth for life. There are estimated to be about a billion people living at a dollar a day. Musk's $44 billion could double their incomes for a month and a half.

There is no question that if you left more comments you would be the wittiest commenter, though.