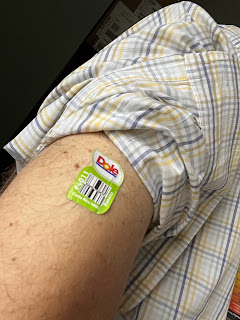 It is better to have too many doses on hand than too few. Exponential growth is a b*tch. Also I thought that there was a pre-existing monkeypox vaccine?

The good news (as I am sure you are aware) is that the mRNA revolution might finally crack HIV. Moderna has a Phase 1 trial on now. I do not know that this candidate will be successful, but I have some hope that we are making progress.

just don't kiss no toads nor rub against strange men