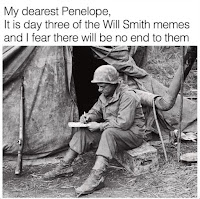 I'm not an April Fool's guy. I tried it once here and got good results, but this kind of trickery isn't usually i my wheelhouse.

I wish I could pull that off (that's what she said!), but it seems like a lot of work, and I already have a job.

But you know, Will Smith has been the gift that keeps on giving this week.  And hat's off to Roger Murdock Kareem Abdul-Jabbar for his written piece on this whole scenario. It's one of the better items I've read on this thing - though admittedly, it's been limited.

As the title image implied / states, there is no shortage of material that is mostly not in Smith's favour.  I'm all broken up about that {yawn}.

I do not think he realizes no one is going to remember him for winning an Oscar - am I right Roberto Benigni?  .....yeah, I'm right. He finally won the thing he's been Oscar-baiting (and Oscarbating) for years, and now the only one who will remember he got it is the cleaning lady when she has to move it to dust.

Most of the memes that are clogging the intertubes is the slap itself with rarely funny captions of who Chris Rock might be (say, 'my wallet') and Smith (say, 'the gas pump').

I only found two I found humourous. 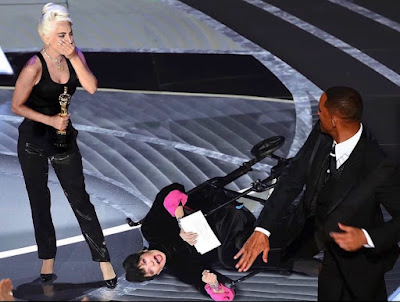 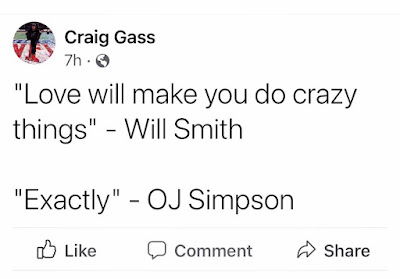 Yes, I get it's not supposed to, but it's not like I've ever been appropriate.

Enjoy your April Fools........though this isn't one of them.

On the positive, it is still good to find the absurdity the humor in things, including a bad happening.