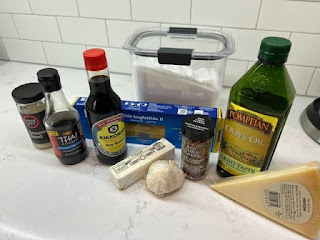 In retrospect, I probably should have jotted down the recipe for my Asian-inspired noodles.  Ooops.
I'll try to recreate it as much as possible, but as I've been doing lately, I've been winging it as I go. I start with an idea and start to play around with it. I'm getting bolder not by just not going by the recipe, but sometimes there is none with which to begin.
I haven't failed..........yet.
710 is always with an eye-brow raised.........and a 'what are you trying tonight'.  He means it in a good way.......and let's face it, he doesn't have to cook.
Ingredients
Preparation 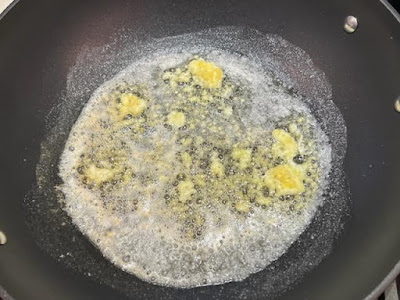 Melt the butter. Add the garlic. Cook at a low temperature. Don't let the garlic brown. 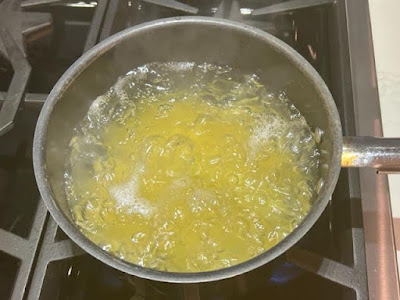 In the meantime, cook your pasta in salted water. Stop cooking about 2 minutes shy of al dente. 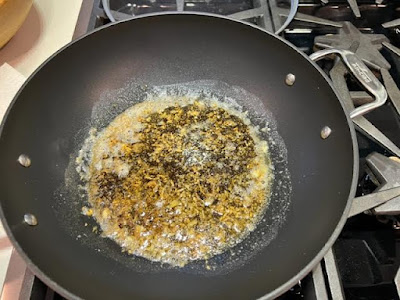 Add the soy / fish sauce / olive oil / sugar (you should mix this in a bow first and let the sugar disolve)  in with the garlic and butter. Red pepper flakes if you'd like. I did. .....and then mix. 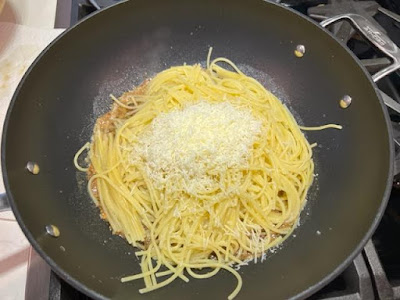 Add pasta.  I didn't even drain it. I just used a spier and transferred, along with some of the pasta water.
Then add the parm. 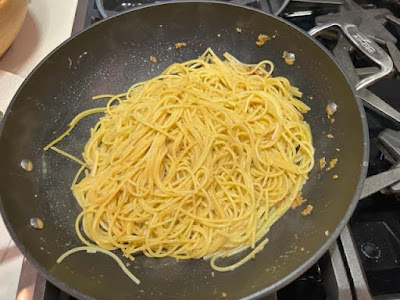 ....and mix together.
The parm melts in. You don't see it. But with the fish sauce, the soy and parm, you really do not need to salt this dish at all. 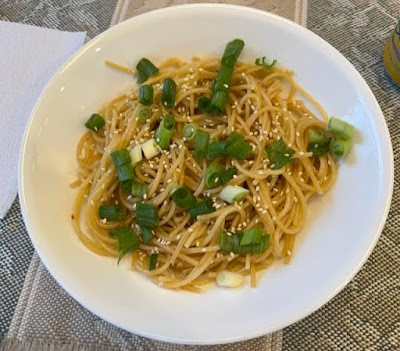 Dish up and sprinkle on chopped green onion(s) and sesame seeds.
It's light. It's flavourful.  It's filling-ish. We had bread with this, so that helped fill me up - and we had leftovers.
It's super easy to make, and super quick. And truth be told, I had a few beers before making the meal, so it's really not difficult.
Honestly, it takes slightly longer than it takes to boil the noodles. And you can double the amounts and you have a lunch or two throughout the week.  Win. Win.
Posted by Blobby at 12:07 AM

7 cloves of garlic? I take it you have no friends???
JP