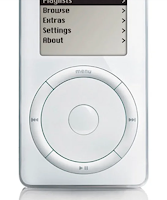 Guest artists and the downstream effect.  That's the theme.

Aimee Mann takes lead on this Decemberists song, "Engine Driver". The kicker is, the guest on the song itself is the band, the Decemberists.

They back Mann on this deeper track (though the band isn't wildly popular, aren't most of their songs "deep tracks"?

It's a live version and oddly or not, I like Mann's version better than the original.  The energy is different in live music, even with imperfections.

So, if you're following along, the Decemberists will be the artist next week, along with a guest artist backing them.