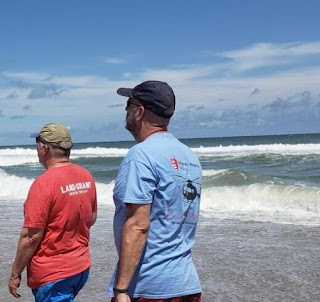 Today marks 37 years with the man I married a little over 11 years ago.
Scratch your noggins while you attempt to figure that one out.
But this date, in 1985, is the one that is inscribed on the inside of our rings.
When I stop to think about it:  it is a fuck of a long time. When I really stop to think about it, I just feel old. I don't normally think I look old, but I did catch myself in the mirror the other day and went: "well. fuck!".  ....but not in a good way.
Of course, my body feels old most days.
Here is a weird truth of this being together this long: I feel weird / guilty about saying it.
Yeah yeah - I get it should be a proud moment, and it is, but I see people mentally calculating in their heads any number of scenarios and starting to carry the 1, while also trying to do Chisanbop to figure out current age, then subtracting to find out what ages we were........and the invariable: "wow. that's a long time", to which I think I internally process a "fuck you" to them, while keeping a smile.
Yes, gay men aren't always known for their longevity. Allegedly! And even we have struggled. Well not "even we", like we are some sort of super-beings. We are not.
I do say we've been together 37 years - and we have and we haven't. We "dated" and then we dated, then we lived together, then we didn't. But we were young-ish and had a lot of growing up to do. It could be argued, I still do.
Still, even in that "break" we saw each other almost every single day. Every night on his way home from work, 710 would key into my place and we'd recap our days before I went to bed (or out!) and he went home. We'd still go out to dinner. We'd still go on vacations. And then we moved back in together........for the next 117 years.
It is possible to be together apart. We made it work and even after that, it was still a lot of work to where I actually did mature. Well........kind of.
There were times when it seemed like the relationship was all work. "New" city. New house. New jobs. New responsibilities for which one can't always be prepared. I wish I had realized when all that working on the relationship finally found it's forever groove. It's been good for a long long time. Not carefree, but still...we are older and wiser. Mostly older.
But with all that above is why we cried at our own wedding. The 'for better or worse, sickness / health, richer / poorer' thing really of meant something - because we did live all of that before tying the knot. For those marrying in their 20's it is a 'sure..........we'll do that, should it ever happen' pseudo-promise.
January is a sucky time for an anniversary. Even without Covid, the chance of going out were slim. Now they are nil. That it's scheduled to be single digits outside wouldn't have helped matters either.  I don't know what we'll do tonight, but hopefully something meaningful - not that 37 is some magical number. It's just a big one.
....and yes, that's what she said.
Song by: Devo
Posted by Blobby at 12:07 AM

Best of anniversaries to you! And here's to the next one!

Happy Anniversary, and many more to come.

Happy Anniversary hope you enjoy the day, we are 47 years together later this year, how time goes so quickly.

What wonderful news. Have the Happiest day yet!

Happy Anniversary (I wish there was a less boring way to say that). We're coming up on 47 in August. We were married in utero. That's my story and I'm sticking to it!

Good for you two! Two that stick together through thick and thin ... it has something that is quite comforting.