I sound like a broken record, but work - am'I right?  Kicking. My. Ass.

Budget season has begun. It's really not super stressful, but the first payroll pass was a struggle, since it came to me so incredibly wrong. And everyone is soooooo needy.

Home life is good. Husband. Dog. Cat. We are a cohesive unit.  That said, Sophie pics are extremely light this week. I'll work on that. 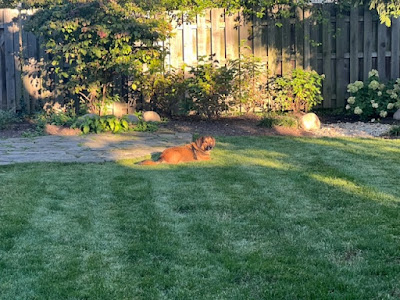 Sun King.
He found the one spot. He is good. 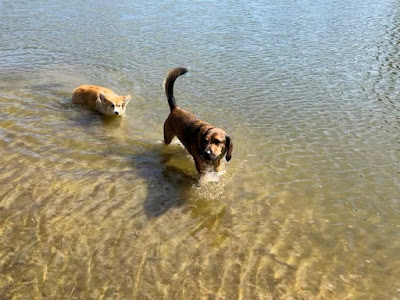 Bailey and Shep hung at Bow Wow Beach.
They both had fun. Bailey ran with the big dogs.....literally. And literally got run over by a Great Dane. 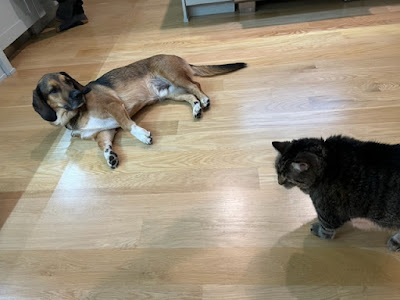 Checking out the sibling rivalry. 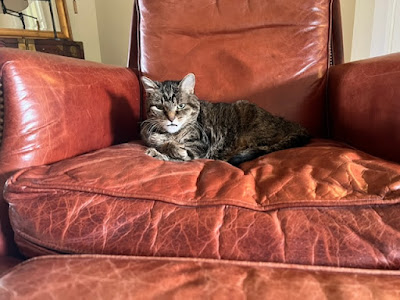 The Queen.
This dog.  Finn.
His owner takes him to BWB - we've seen him there every time we've been. He never swims or plays with other dogs. He chases cars - and does it preemptively. Finn sees them coming from a ways away and starts his chase / dance early. He releases a LOT of energy.
Finn's owner?  Hot. As. Fuck.
710, my sister and I all came to the same conclusion: every woman he's ever dated or had a one night stand has never been seen again. Hot looks aren't hiding the psychopath thing he's trying to hide under his sunglasses. He seems a little crazy and a lot intense.

Sophie, regal as always.
And a dog in a sun spot is a lovely sight.