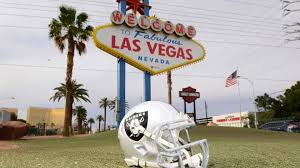 I should be ok with the head coach of the Oakland Los Angeles Las Vegas Raiders resigning from his job after multiple instances of bigotry, racism, misogyny and homophobia.  Deep down, I'm a little pissed that the organization and the NFL didn't fire him.

THAT sends a message.

Allowing him to faux apologize and probably resign with his benefits and golden parachute is bullshit and says all the wrong things to the others in the NFL.

Jon Gruden called Roger Goodell a 'faggot' and a 'pussy'. At least in email, if not to his face. I'm sure he meant 'a bundle of sticks' and a 'kitty cat', right?

He said the head of the NFL union, who is black, that his lips were the size of Michelin Tires.

He denounced any protesting by kneeling and made homophobic comments about the NFL trying to be inclusive by drafting Michael Sam, who would have been the first out player.

There were comments about women too, of course.  Female refs?

While, clearly, all of that is horrible, I think I was way way way more offended that he thought the league was too safety conscious.

Yes, clear medical indications of playing literally turns a players brains to mush, but the league is being pussies about protection. And not just NFL, but down to pee-wee.

This guy clearly had issues not performing well enough for his father as a tot - and grew up to be one big asshole.  But an asshole who got to leave - more or less - on his own terms.

Once again, the NFL holds almost no one accountable for anything.

Since “Chucky” won his Super Bowl with the Buccaneers in 2002 , he has been a loose cannon and had loose screws. He is a racist, misogynist homophobe, that has always had a coaching job or a ESPN job no matter. So they kept him employed. I think they knew that this filth, and pristine Gay Carl Nassib would be a no contest. He would have been fired if he didn’t quit and word is , he is permanently out of football.

I am not at all surprised rich people and money matters let one get away with things.