Cats and Dogs.  That's all you need to know. 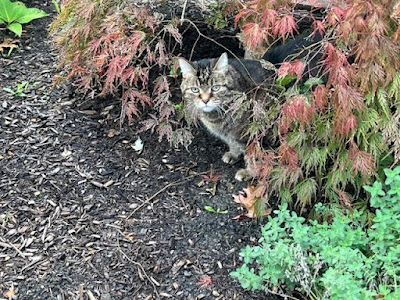 Another shot from her day out two weeks ago.
We've created a monster with that short freedom. She tries to make a break for it anything anyone is near the door. 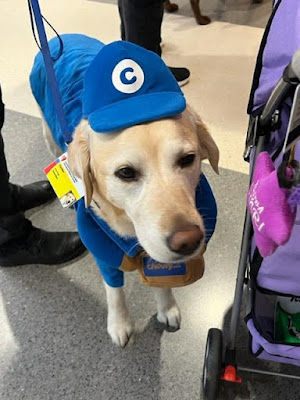 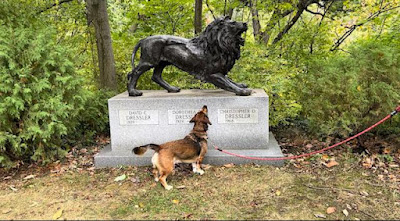 Shep used to park at the carved animals in the cemetery - but he's used to them now.
Fun fact:  none of the people who are to be buried under that lion are dead..........so far. 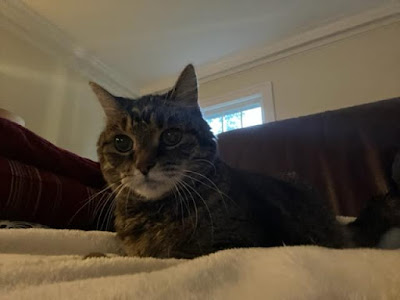 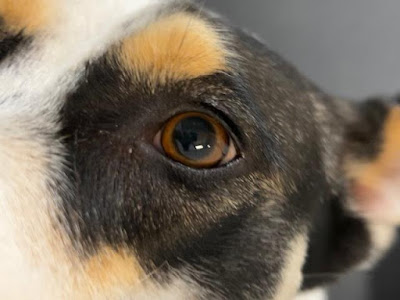 I don't know who this girl at daycare is, but she was hitting on me. 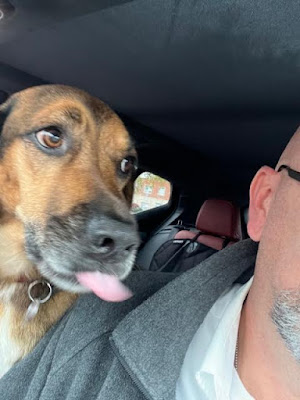 I know who this dude from daycare is - and he too was hitting on me. 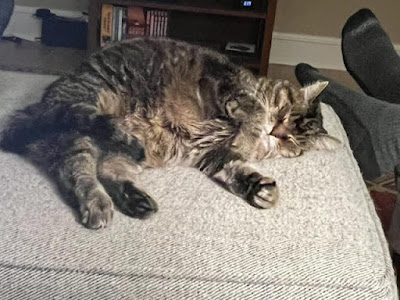 Tired from being awesome all day long.
Song by: Veruca Salt
Posted by Blobby at 12:07 AM

A feast for the eyes of us cynophiles and ailurophiles.

I still love outdoor Sophie, and Shep and the Lion. Chewy is gorgeous as is Daycare girl.

All cats love having their minute of freedom it's like they got one over us. I'm sure Sophie enjoyed hers.

I feel better just looking at the therapy dog(s) - cats too.

Thanks, I needed that