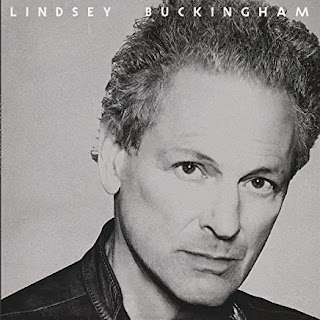 I will start off this review to firmly state:  I did not purchase Lindsey Buckingham's self-titled disk.

You have read me multiple times before when I said I never learn my lesson and buy things I want to like, or based on my past loyalties to a band or genre.  That stops here.  Well.......at least it's a speed bump.

Buckingham's past few solo disks, his work on Fleetwood Mac's last disk, and his "collaboration" with Christine McVie just left me cold - for the most part. In the latter outing he had two good minutes of guitar work - excellent, in fact. And it was literally the last two minutes of the hour long disk. His guitar work on the Killer's song "Caution" shows he's more than up for the task of good guitar work, but mostly on his solo stuff, it is all more of the same.

In actuality, the disk is 4+ years old. It was the album that got him (in a ways) fired from Fleetwood Mac, when they refused to postpone their tour for three months so he could support it. Why it still didn't come out before his heart attack or Covid is anyone's guess. It's not like he didn't have time after getting the boot from the band, which is when he was going to be promoting it anyways. It's finally just getting released now.

Lindsey Buckingham is nothing special. Yes, the man, not the album, was inventive back in 1979 with Tusk, but his solo work past 1993's Out of the Cradle is just repeats and retreads. Layered vocals (which are whisper light from the start) with little to no harmony, and far too much electronic manipulation that borders on echo chamber. Pretty guitar work, but it's been similar album to album. Rarely does he cut loose and really go at it - and that's a shame, as he is an excellent musician.

Drum machine loops do not help his cause here. Buckingham plays all instruments, sings all parts, produced by himself and wrote all but one song. I've said it before, the man needs checks and balances with fellow musicians or a band. Left completely to his own devices, it's just a bore. ....and so many of the lyrics are just dreadfully simple and make little sense.

As it turns out, I only somewhat liked one song, "Blind Spot".  "Swan Song" isn't bad, and it's the only time Buckingham shows any originality......but it's not enough to save this disk.