a Heartbeat is a Lovebeat 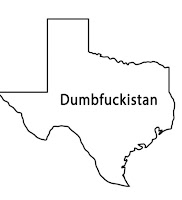 So, I have a theory about this whole Texas / Abortion Ban / Bounty shit.  But I'm sure you thought I would.

Personally, I think that Texas had to go WAY out there for this, but only so they get the abortion ban part to stick.

The bounty piece is so egregious and I think totally unlawful, I don't even think the legislature figured a court would uphold it - state, federal, appellate or supreme.  However, they also figured that would be the sticking point and the thing folks focused on the most.  And they weren't wrong.

So they will be well and good and happy if the bounty part gets dropped, but the abortion ban part stays in place. And I think that is on which they are counting.

As evil geniuses goes, this isn't a bad plan at all.

While, of course, this is a continuation on a War on Women, let's be completely frank: it is a War on Women of Color and Economic Means.

White women, who can afford it, will always have access to abortion. Those without funds, transportation, jobs or the ability to take a day off will never have this ability. 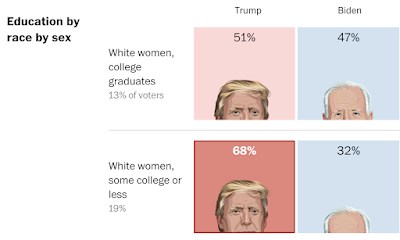 White women in Texas overwhelmingly voted for BLOTUS and his ilk. So it's not just men dictating what happens to a woman's body. White ladies also want to continually deny anything and everything to women / people of colour and the poor. But it's Texas, we know they knowingly and willingly entered into this coven of horribleness.

And you know - once again - it's a War on Women of Color and Economic Means when there is zero punishment for men in any of this. As you know, women get into these situations by themselves. So unless a dude drives them to the abortion or knows about it and doesn't stop them, then it's a bounty issue.

I have a friend who works at Planned Parenthood and FYI - Mississippi, South Dakota, and Ohio are the next ones looking at the same restrictions and bounties. If Newsome loses the California recall and a Republican gets in as governor, your can add that state to the list as well.

Oh, and 22 states have laws currently in place - Ohio being one - if Roe falls, the state follows Federal law. State laws will no longer apply. Look for more states to add that before SCOTUS truly hears this full-on.

IF the Dems have the fucking balls to galvanize behind this issue alone, they could rally and really make the mid-terms their own. Unfortunately, I don't see that happening. They have no leadership in Pelosi or Schumer. The minority seemingly has, if not all the power, then the most of the media attention. McCarthy and McConnell still rule the roost and we, once again, get beat up for our lunch money.

Oh - and $$$.  I have long been a customer of AT&T.  They were better than Sprint and less annoying than Verizon. But they gave $291,000 to members of the Texas legislature who passed that law. I will be looking to change my carrier, as soon as I look into other's donation habits. And I will be cutting off auto-pay before I do it, because if they think I'm paying an early termination fee {see what I did there?} they as fucked as the women that Texas is fucking over.

I believe the Case will ultimately end up Back at the Supreme Court and will be turned away or voted down on constitutional grounds, but I’m an optimist, mostly.