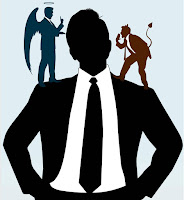 I wasn't sure what to write about today, and Dr. Spo kinda sorta helped me in that department.
We were texting about Ohio Style Beer - whatever that might be - and we chatted about work, as he knew I had a tough work week. I told him it ended with having a beer Friday afternoon / evening with a co-work who, like Spo, also happens to be a psychiatrist.
After he asked what kind of beer, he asked about what kind of psychiatrist she was. Raspberry Wheat and Behavioral, respectively.
While driving to, and nearing, our meeting place, I passed an elderly woman laying on a sidewalk. It was too busy to just stop the car, so I pulled in to where I was going, parked and headed back on foot. Jeanne - my friend - texted me and said she saw me, but where was I going?  I told, and she allegedly followed.  By the time I got near the site of old-lady-down, four or five others were gathered around her. I still felt good about my attempt.
Conversely, over beer, Jeanne - not truly breaking HIPAA - was telling me about a patient she saw who had PTSD. He exited his car, forgetting to put it in park, and the car ended up pinning him against a fence. However, the PTSD was not from that. It stemmed from the 20 minutes of being there as people came up took photos and videos of him, but offered and performed no help. None.
I want to ask, "is this what we've become as a society?", but I think I can just invert  the "is" and "this" and delete the question mark.
I know I talk a big game here on my cynicism and general dislike for most of society - so I get to a degree, I'm the part of the problem - but, and I'll deny it later, but deep down, I'm a decent guy. I'm not winning any Citizen of the Year medals, and no one is giving me a key to the city, but I'm not a complete asshole.
....and yes, there was a qualifier in that last sentence.
Hell, in the last two months alone I've found a set of keys and turned them in; a woman's platinum Amex n the streets of Baltimore, called Amex on what to do with it; a child's school issued laptop and now old lady in front of a bank. Oh, and 710 and I found a stray dog and carried it around until we found a semi-interested owner.
Honestly, I did none of this for "thanks", which is good..............because I got none*.
As socially inept I am - and I am - even I know these are acts of kindness. Maybe sainthood, in this current environment. But the guy on the Amex side was, "ok......got it".  The key turn in guy didn't even make eye contact and threw them into a bin.  The lady who lost her dog never even got off her phone when we returned her and barely acknowledged our presence.
For the record, this is why I'm a cynic and generally dislike people. While deep down, I might be a decent guy, these folks are not. What you see is what you get. So, just videoing someone's literal and figurative pain while they are literally trapped and watch you do it with no help is really not so much of a stretch in who we are.
I blame BLOTUS.
*My sister-in-law did walk the laptop to the school when it opened a few days later, where the staff thanked her profusely. 710 thought it might be a learning opportunity for the child (or parents) to also provide a "thank you", but that did not and is not coming.
Song by: David Byrne
Posted by Blobby at 12:07 AM

Email ThisBlogThis!Share to TwitterShare to FacebookShare to Pinterest
Labels: Society;

I am constantly relaying stories about people's behavior like this to my husband. Whereas, in the past, we had the Age of Enlightenment, I call what we're living through now, the Age of Entitlement.

I think Covid has caused many of US to lose a lot of the social grace/graces we had. I do to a point agree that people are very divided. I started laughing because France pulled their Ambassador from the US because Australia has decided to buy their submarines from us. I don’t know, but there is a lot of apathy In the world. I have always hated American Express, least sympathetic card company on the planet. Im sure the card was probably cancelled or they did it immediately on your reporting it. We are alone for a big portion of our life. It’s nice to have a house to come home to and someone to love . Because our houses have become our protection against the pandemic. As we both know , some people should not be allowed the luxury of pets. The dog would have been better off at a shelter or a rescue. As for keys, I don’t know about that one. I also got a big laugh about the man trapped by the car, because if he didn’t scream and yell or mention his legs were broken, people in this world are callous enough to ignore him.

I can only manage my behaviour, and I chose to be kinder. One at a time, if we each are kinder, it will add up. Or we will all implode one day.

Unfortunately no matter cynical we become it is never enough to keep up.