the Turning of the Tide 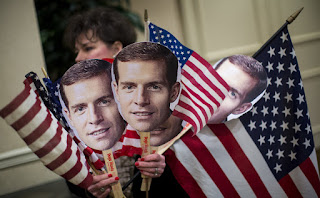 My lord - if a GOP'er can't win in a place that literally represents Beaver, what chance do they have in November?

Isn't beaver their chomp wood and no doubt the GOP'ers like to have someone work on theirs.

I can guarantee you, had Conor Lamb's opponent had one by 627 votes, BLOTUS & Co would have called it a "landslide" or a "decisive win".

But it was a red district. Notice the tense people.  The tense. As in: past.

It might be too early to tell how the rest of 2018 will go, but for the first time in a long time, I see the faintest glimmer of hope.

And sometimes, that's all you need to get you through the rest of the week.

Every vote matters. My sources are telling me that Steve Stivers, the congressman from Central Ohio who is charge of the House Republican reelection efforts told members who met yesterday that November could be disasterous, especially if more house republicans decide to retire or drop out.