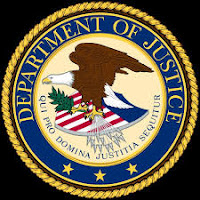 G-d.  How it must suck to be a career "man" at the Justice Department these days.

Sessions and BLOTUS had hinted for days about firing deputy director, Andrew McCabe, so while disappointing, it was no surprise they did.

I don't know if McCabe was a good man or not. At this moment, I'm not sure I care.

What we are seeing, right in front of our very eyes, is the dismantling of the justice system - not so slowly but ever so surely. There are fewer and fewer impediments for anyone holding this administration accountable for anything ethically, morally or legally.

Sessions is such a puppet. There was no need to fire this guy other than fucking him over on his pension. He had 36 hours left - so he was just vindictive on his bosses orders. Of course, Sessions is just hoping that BLOTUS doesn't fire him, so of course he's going to do the cowardly thing.

Naturally, I love that McCabe, like Comey, kept notes on every BLOTUS encounter.  And I mean, BLOTUS had to suspect this, right?  He does have to assume that every staffer he encounters is keeping notes - whether it be for their defense later on, or for their inevitable book deal.  Clearly, they need to for their own protection, because he is such a bold face liar.

This turn of events has left me unnerved.....and I'm not being over the top here. It just seems like a palpable change, even more than some of the other shit these guys have done. They are successfully discrediting an already weak news system and are well on their way to discredit and dismantling the basic tenets of justice.

Should they keep on this path, not only will they not be held accountable for anything - which is inexcusable - but others will be held for such things as disrespecting the administration.  Again, I'm not being over the top. They are clumsy in all that they're doing, but being quite successful at doing it.

This is not paranoia. You think BLOTUS floating around the idea of "President for Life" is only a test balloon?  Last I heard, that is called a dictator.

Song by: Bananarama
Posted by Blobby at 12:04 AM

nope, you are not paranoid. JUST SAY NO to dictators-for-life!