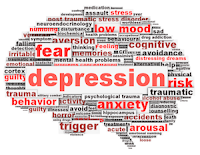 Not that having such emotions are the best, as they tend to have negative side effect. But I'm finding I still have a sense of Shock and Awe.  This can only be a good thing, right? It would be just so easy to totally check out or be so desensitized that it just doesn't matter any more.

The lines are now, for me, blurred as if BLOTUS truly does something more vile than the day before, or if it's just me reacting to him as such. Or perhaps it's a little of both.

So yes, I get pissed when BLOTUS is looking to limit Mueller's scope. I'm more surprised that he hasn't fired him. Yes, I know the repercussions of him doing that are bad. You know it too. BLOTUS? I don't believe he does.

When he (and make no mistake, Sessions wasn't the guy) to fire McCabe, I was upset. Doubly so when he hired a lawyer who believes in a theory (or helped concoct it) that the DOJ is framing BLOTUS. This goes to my post the other day, on how the DOJ / FBI are not-so-slowly being torn down in terms of staff and reputation, however flawed it all might be. The thing is: it doesn't have to be credible. 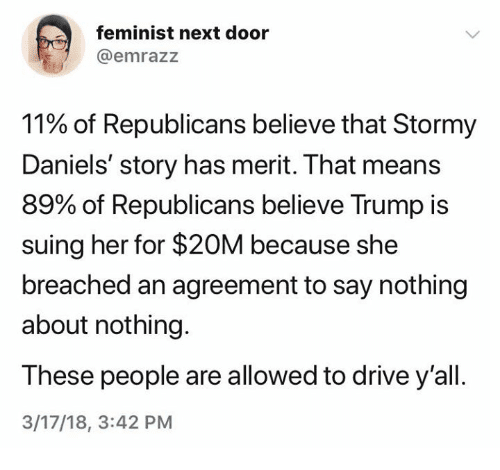 What frightens me more than BLOTUS is Congress....the GOP section. So blind are they, so spineless, that they're fine perpetuating a fraud on this level, to this degree for......power, I guess. Forget that they still can't get anything passed with a GOP President, House and Senate. The best they can do is keeping others from doing something productive.

Song by: the Throwing Muses
Posted by Blobby at 12:08 AM

Nothing he does or says surprises me anymore. But like you I am absolutely bewildered that the GOP congress is willing to allow this undoing of America out of loyalty to the party. Or perhaps fear of revenge.