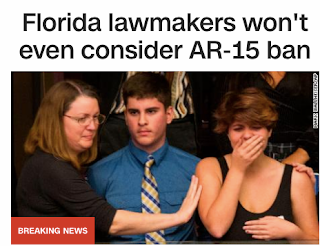 
Note: I did not place BLOTUS' lie statement that he asked his Keebler Elf to "propose changes that would ban bump fire stock".

It's a "we'll look into it" to placate the people who have their panties in a wad.

Maybe it's me, but the aftermath of this school shooting seems different. These kids are not not going to be heard. ...and I fucking love it.

There are some viral videos going around of camera crews following law makers who have accepted NRA money and asking what they are doing more than sending - yes, say it with me - "thoughts and prayers".

What I don't hear these folks with the cameras asking - and not that it would ever be answered is - "is absolute support of the 2nd amendment and lax gun control worth the cost of a few dozen children's lives every few months?"

Should anyone find a backbone to even reply it's a no win answer for said person - which is why they don't touch it (not that I've ever heard the question asked in the first place).

But really - isn't that what it comes down to ?   What is acceptable amount of lives lost before there is reasonable gun control? 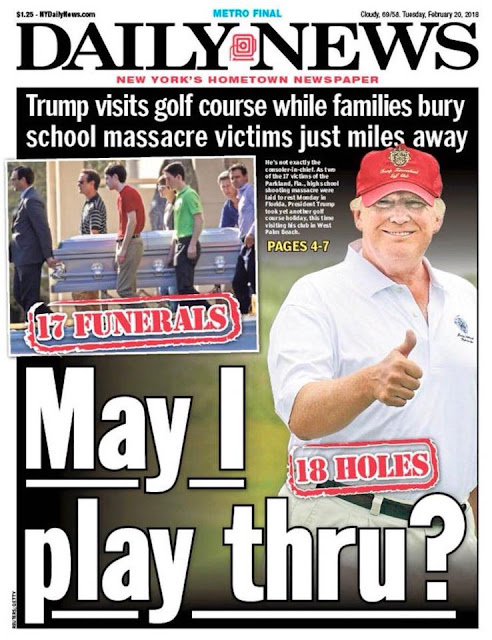 everyone who supports the second amendment AND the NRA is complicit in murder. LOCK THEM ALL UP!