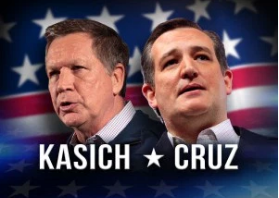 I have to say - both of these losers guys lasted way longer than I ever imagined possible.

I suppose Kasich can laud it over - well, someone - that he finished second in the GOP process. Sure, he started the race much much much later then Ted, but it's not where you start, it's where you finish. Just ask Rosie Ruiz.

(I'll wait while you all go Gooooogle that one.)

But second is still losing. So is third.

And I hate to be all t(R)ump about it - but: they ARE losers. In every sense of the word. They are vile human beings.

I've said it before: Kasich comes off reasonable, but it's only compared to the loons he surrounded himself with these last eight months. Ted Kaczynski seems reasonable around them. But Kasich is a frightening frightening man - especially if you're a woman. You'd be fucked......and not in that good way. And if you were - you get to keep the special prize inside after the fact. And by 'get' I mean you 'have' to keep it. He's made sure of that.

Andy Borowitz, who usually writes farce columns for the New Yorker might have been joking, but he couldn't have been more accurate about Teddy-boy 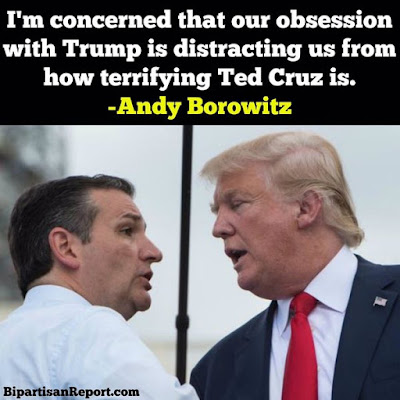 And Cruz is a fucking fright. It's not was - because the man is still in Congress. He can still do damage for another two+ years.

Carly was his one last grasp. Or maybe it was partnering with Kasich to ruin t(R)ump. You can see how well those both turned out. It was Ted's bogus adventure.

So, that hotly contested convention? It doesn't look like it is going to happen. Cleveburgh might be spared the fall-out. However, on the other side of that is American might not.

I've said all along I didn't know his end game. I just could never justify that it was the actual White House. Could I have been so wrong?

Maybe it was just wishful thinking.

But when it's all said and done, we might all be losers.

Song by: the Cardigans
Posted by Blobby at 12:07 AM

Luckily, many in [t]Rump's own party are still staying away from him. Both ex-Bush presidents have said they are sitting this election out and will not endorse him, and many in the GOP are thinking that they should, and here's the funny, "let" Hillary have this one and they'll come back strong in 2020.