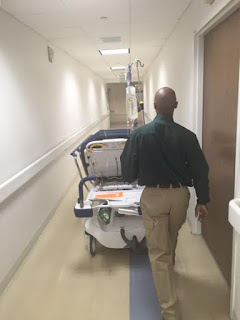 My mother was admitted to the hospital last evening. While sitting in her room in the Emergency Department, the doctor somehow mentioned he was an only child.

I might have even said I envied him. Aloud.

They are just evil until you point out their assholishness and then they just become über-evil.

Mean Girls could learn a thing or two from some of my siblings.

And g-d fucking forbid you point their errors. Not a (or never a) "ooops, sorry".  Now, it was a "whatever", or just the refusal to respond at all.

I get that a parent's potential deteriorating health is stress inducing. And their bitchiness and snark might be more admirable if they actually put forth any initiative. Yet hours in the ED, and then up to her room, not one of the complainers showed.....or called.

They want the 4-1-1 (on their timeline!)........you know, as long as they don't have to put forth any effort except bitching about one of my other sisters - who did the yeoman's share of the coordination of care - but that's just part for the course.

And mind you, when my youngest sister's husband had a heart attack last year, and this one sister who was shat upon yesterday (though not to her face, because my little sister isn't just a bitch, she a coward too), reached out asking what she could do and for updates, my youngest never said 'boo'. Because 'thanks for asking' isn't in her fucking vocabulary.

My little sister doesn't see that communication is a two way street. It's her way or the highway. So, sayonara, wench.

When my dad died a few years back and his sister didn't show to the funeral, but his brother did (though they hadn't really seen each other in 30 years), I thought it was all quite sad.

Upon further reflection, I see it as all quite plausible....and even a preferred way of life.

On a related note: hopefully my mother is doing well. She has pneumonia and will be getting IV antibiotics for at least two days. Barring any complications, she should be back home by Saturday.

Song by: matchbox twenty
Posted by Blobby at 12:10 AM

Sorry to hear about your Mom. And sorry about your sisters, too. Sometimes people just don't know how to respond to emergencies/tragedies/the offer of help and so they don't respond at all, or turn into demon spawn.

Sending you sympathetic good thoughts on both fronts.

Sorry to hear about your Mum. I hope she is out of hospital soon. Relatives never act how you expect them to, do they? Keep venting your spleen here.
JP

Mr. Blobby, this is my third attempt to leave a comment for you. My first two tries were -- anyway, they didn't convey what I wanted to say. And what I want to say, like all of your readers, is that we feel for your stressful situation with your sisters. And I believe putting your thoughts and feelings out there can only be good for you. (I imagine that you already know that; I just had to get it out there.)

I will keep your mother in my thoughts.