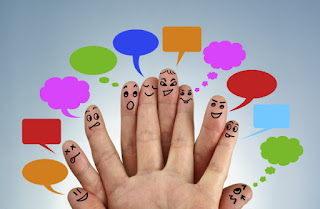 I'm sure I've mentioned, we go through periods where we are just not that social. Between Winter, Petey and the new job, I would say until recently, we have been way less than social.

With the Cleveland International Film Festival, we have started to come out of our anti-social funk.

Shorty after, I mentioned about a night at the neighbors where everyone was curious how Petey was doing. But then I had drinks with my college roommate and his wife, who were up to see their son in college. It was actually very nice.

Poor Pat tried to get their 16 year old son to socialize with me while we sat. Is there anything worse than being a teen and having forced interaction with your parent's friends?

Then we had a neighborhood BBQ last Sunday. Totally spontaneous - almost. I was stepping on an elevator and an anesthesiologist, who also is our neighbor, asked us over. His wife followed up the next day. Some people we knew, some were from his office, so that was a good mix. Lots of good food. Lots of beer. And a bonfire.

Last week I had drinks with Chef Bob. I have barely seen him at all in the past few years, but we met up at the film festival. So we've both been trying. He asked all about Morty (who he thinks is adorable - - and he is), but mentioned nothing about Rebecca. I think the household of Chef Bob is still smarting from her "Nurse Matt" comment.

The problem with going out with Chef Bob was we ran into a neighbor, who stopped by the table to give condolences about Petey. This was a subject I had not yet touched on with Bob, so that took us down a road I was hoping to avoid on our first night out in eons. But he's a dog lover, so he got it.

Maybe it is Spring and we are getting out more. Maybe we were in a funk and we are no much anymore.

I still base our movie times around when we'd have to get back for Petey. Maybe that's not a bad thing if and when we get back to dog ownership.

Right now, either I'll have to force 710 to participate, or vice versa, depending on the day or our mood. But we'll get there.

it hasn't been warm enough round here to feel social. one day at a time for you and 710.

PS - two games won, with one to go this afternoon. will it be a clean sweep?

Winter is almost a time for "cocooning" around here, and when the nicer weather hits--though the thunderstorms and heavy rain today might disagree--we start getting more social, too.

that happens.
I go through no-social phases too.