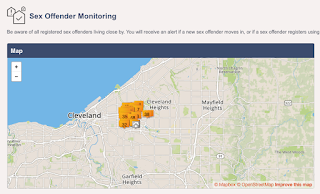 A few months back I wrote about how my personal information was hacked when I was a vendor for government agencies. As I needed security clearance at some of them - can you believe they gave it to a guy like me?? - they had quite the plethora of 4-1-1 on yours truly.

Oddly, 710's was not. He was on my info and while other people I know also got hacked, their spouses / partners got the same notification that I did. 710 did not. I guess they didn't snoop enough on me.

So about once a month since, I've gotten 'alerts' from the site that has been monitoring any activity on these accounts. I'm finally getting used to them, but for a moment they always make my heart stop for just a second.

Logging on isn't that easy - which isn't a bad thing. You sign-on, or attempt to, and they have to send you an access code each and every time. I can deal with a little hoop-jumping when it comes to this level of security.

So the first time, I barely dared to see what 'activity' had taken place. I wasn't sure if I would find bank accounts pried into or if they opened two dozen credit cards under my name.

What I wasn't expecting was a list of sex offenders in and around town.

I suppose it's a nice-to-know, but I am not quire sure where it fits in a government breach. Is there some correlation of guys who advertise for Subway and who hack into accounts to commit identity theft?

Oh - and when you hover over their location, it gives full name and address. It doesn't say what they did and it is quite amazing that so many of them live together, though it might be some kind of half-way house.

All I know is, that so far, no one has done anything to negatively affect my financials. Or my sexual reputation...that is, if that were possible.

Song by: the Eurythmics
Posted by Blobby at 12:01 AM

You're very fortunate the identity thieves haven't been 'busy' using your info. As I understand its really hard and time-consuming trying to get all that straightened out.