That's How I Knew This Story Would Break My Heart 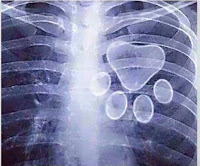 I didn't say it then, but in my last 12 of 12, the picture of Petey and myself was his last. Well, the second to last.

I'll give you a second on that.


Yes, I'm afraid to say the end came for our beloved friend. A week ago actually. The day I took that picture. His very last picture is for 710 and myself only.

I'm as sorry to have to tell you as you are to hear it.

I'm assuming the reaction most of you have is saddened, but not surprised. That is ok, as it seems to be the general reaction of the few people we have even gotten the gumption to tell. I have found there is no easy way to say it. Not easy way to break it. And not accurate way to put it.

I've caught myself saying "we put him down"......but it makes me think of someone shooting a horse who is lame. I'm finding there is no good way to phrase it.

I love 710, but in certain ways, Petey was my heart. He was the best of everything. Loving everyone. Kind to all. The nicest eyes. The softest ears and tongue. I loved him from the day my sister brought him home. He always had a special place in my heart - and always will. I've said it before, of all the dogs my sister has had - and I've loved them all - none was even close to Petey-love.

No doubt, the last few moths have been rough for all of us - Petey included. He struggled and we with him. We did whatever we could for him. We stayed up all night with him if needed and were happy to do it. He saw the vet more than any dog should have to endure that trip - and he did it with grace.

While it was the right time and the right thing to do, it's never easy. I was strong......and then I was not.

I never understood the appeal of Peanuts....and for that matter, Snoopy specifically. I never got the fighter pilot or bird-friend thing either. I always thought he was kind of a dick. And I think he kind of is, unless you just see still shots of him. 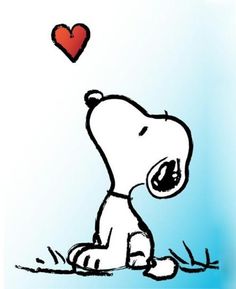 In theory I knew Snoopy was a beagle, but I never really saw him that way, or knew what it meant, until we had Petey. Then Snoopy {kind of} became endearing. Charles Schultz must have had one in order to draw one with the mannerisms of the breed.

You won't be surprised to hear how much we miss him. It's been a week and we have not adapted. I expect him underfoot in the kitchen. I still plan my morning and getting home so I can make sure he gets out. I swear I hear him snort and sneeze when I'm up in bed.

I think it will be some time before we do find a sense of a new normal - and that's ok. 710 said aptly a few days afterward, "I feel I need to take care of someone". I know what he meant. It seems that we've been always looking after him - his needs, regardless of his health.

Someone at work this last week mistakenly asked me, innocently enough, if we had a dog. I had to fight back tears. And there's nothing like telling an almost stranger why you reacted that way - making them feel shitty in the process.

Overall, people have been great (though it sucked having to tell my sister) to us over the news. I can no longer ever ever ever make fun of Mike (see? no XXS). He, Peter and Otis were amazing. Everyone has been.

In the end, the vet was great. We went to our normal practice and saw a new vet. And the one vet tech who LOVED LOVED LOVED Petey, had another vet tech take her place, as she couldn't bare (bear?) to be there at the end. And actually, new everyone was probably the best case scenario. Dr. Smith adored Petey, as did Karen. As emotional as we were, the added tears would have been too much for me.

It was all very peaceful. I told him I loved him and thanked him for just being him. If heaven exists, he will be there waiting for me. This I know. I mean, unless he's on the scent of something better, but we'll catch up.

I am thanking all of you in advance of your thoughts, so don't be too put off if I don't answer individually. Going from previous comments, I know you enjoyed the ride as much as we did. 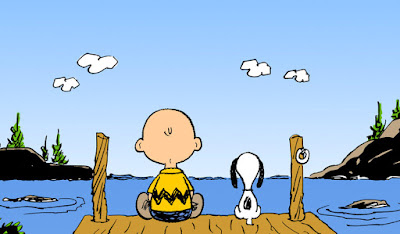 Email ThisBlogThis!Share to TwitterShare to FacebookShare to Pinterest
Labels: Petey

Big hugs to you, 710, and to Sophie. While I'm not the most "dog person" in the world, I now know how they can get a place in your heart, as our Luna sits here on the couch staring at me probably wondering why I am weeping a little. Again, hugs.

Petey's in my thoughts. A super "cyber" dog he was (for those of us on the other side of the screen). And his time with you both seemed to be perfect for him. And for you. Saturdays just got a little sadder. Still, I know from experience that the sadness will ease into happy memories before too long. Happy tails, Petey.

I shed tears, because I understand, having had two difficult losses within 3 months of each. It took a long time, but I have two rescues now that I love. They will never be Happy and Bounce, but I have opened my heart again. I hope you find the will to do so again.

Desperately sad news, B. I'm trying to keep myself from blubbing and can only hold it by thinking how much worse you yourself must be feeling. No matter how unsurprising or inevitable such things are we still don't want to believe it and there's nothing that can soften the blow when it comes, as well as its aftermath.
I'll be carrying a heavy weight inside me for the rest of today at least, you a lot, lot longer of course.
I hope you and 710 manage to obtain consolation in the happy memories dear little Petey has left you with. He's got his own place in a pets cemetery within my heart.
Comforts to both of you - and thank you, Petey dear.

I'm sitting here with tears running down my face, and can hardly see the computer screen. A friend of mine said once that if you're really lucky in this life, you get to have one dog who's truly your soulmate. I've owned mine, and I suspect Petey was yours. Sincere sympathy to you and 710, and Sophie, too.

one look at your blog title and I knew. gentle hugs to you and 710 and sophie; we will all miss little man petey.

With cats whose days are numbered in our lives, I recently ran across a Winnie the Pooh quote that fits these occasions: "Sometimes the smallest things take up the most room in your heart."

So so sorry for your loss.

What a beautiful boy that Petey, and what a hole he'll leave in your hearts.

All of us here at Casa Bob y Carlos, including Tuxedo, MaxGoldberg, Consuelo and Ozzo, are sending big hugs to you, 710 and Miss Sophie.

Words can't really describe the loss. Words possibly help the healing. Our thoughts and love from out west to you, 710, Sophie and to the little man himself. He will always be with you.

This World Wide Webby thing is odd. I never met Petey but felt I knew him and looked forward to seeing pics and reading what he was up to. He will be missed but fondly remembered.

I'm so sorry for your loss.

You remind me of why my admonition when I send the beagles to the side yard is "Don't break my heart."

Not having Petey around is like having a song in your head all the time but you can't remember the words.

I am so sorry to hear about Petey. He was certainly a well-loved soul.

I am profoundly sorry for your loss. I feel I can understand it, having to "put down" two cats that had become my surrogate children. I stayed for the final moment with the first one, and the emotional wreckage is still far too easily accessed. For my baby girl, I stayed awake all weekend with her, watching her do strange things such as eat her litter. The "magic cure" she had received on Friday just didn't take. She had been with me for nearly 16 years (one month shy) and I had to break my promise to her to be there through the end. I just could not stay with her for her final moments. I watched as they made her very comfortable, and then had to leave.

My mind still plays tricks on me, in that I sometimes think I feel her walking around the bed when I am in it. Just today, I woke up and thought I heard the baby boy eating in the kitchen.

Petey will always be with you, at least in memory. I hope you and 710 feel better soon.

By the way, how is Sophie taking things?

I too am not surprised but nevertheless so sad to hear of your Pete's departure.
There is no sorrow like the passing of a pet.
I am glad to see you are surrounded by love here.
You provided him with a loving life; he was a fabulous dog. I will miss him..

As you know from my comment on Facebook, I learned this terribly sad news there. I knew you'd write about it here, but I made myself wait to read about it here. Even with this delay, your words still brought tears. Knowing how special Petey was and how much you loved him, its understandable that life just doesn't feel 'right' now. Having lost a beagle and a cat within the last 5 years, I can assure you that you'll never be the same, but you will adjust to a new normal. Spouse wanted to wait a while before getting another dog, presumably to sufficiently mourn the loss of our beloved. But I now wish we hadn't waited to adopt again. A dog brings so much to life! Why delay that joy? Sending comfort to you and 710.

Wow. I am profoundly saddened by the news of Petey. He was such a regular fixture when I'd look at your daily posts. Like others have said, I was not surprised, but my heart aches for you both. I lost my girls about 7 years ago, both black and white English Springer Spaniels, about 9 months apart. First Sadie, at 13, then Darby 9 months later, at 9. We cried non-stop for days. It took me a year before I could talk about them w/o crying. We still don't have dogs, but I feel one is in out near future. You may need another dog, but for now, give more cuddles to sweer Sophie.