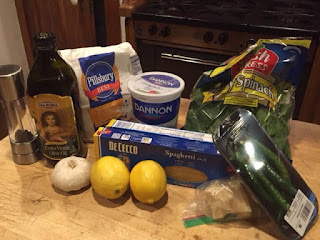 It was drawn in by 'red Thai chile'. I always am.

But the problem with Cleveland (or one of them)?  Good luck finding red Thai chilies anywhere.  I mean - short of going down to Asiantown.

So, one must substitute Serrano chilies - which aren't even red - into a dish. And I like them, but I just seem to cook with them a lot.

The dish was different enough for me, and for the most part I like(d) all the ingredients, so I thought I'd try it.

Mix yogurt and flour together until smooth - set to the side.  Start the water for the pasta. You don't need pics for either of those - do you? 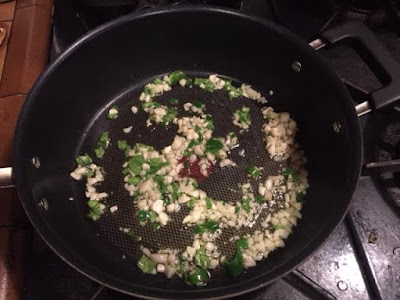 While the pasta cooks , saute the peppers and garlic for two minutes on low heat. 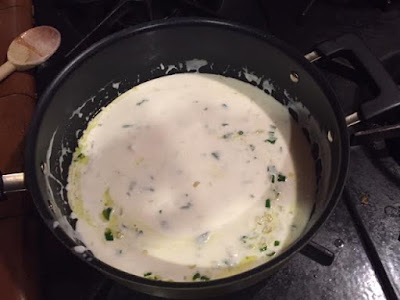 Add the yogurt / flour mixture, heat until it simmers. 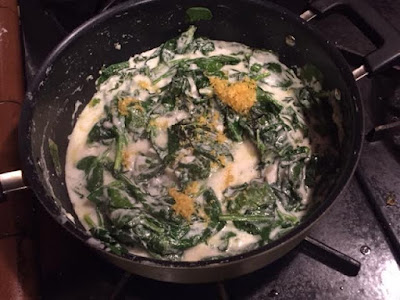 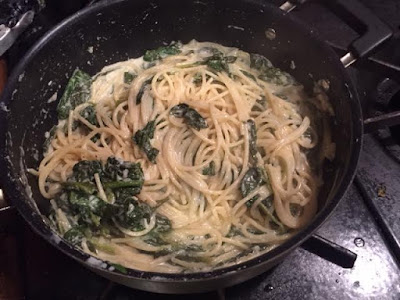 Drain and add the pasta, and toss.  I added more pepper.....because you can almost never have enough.   Ever. 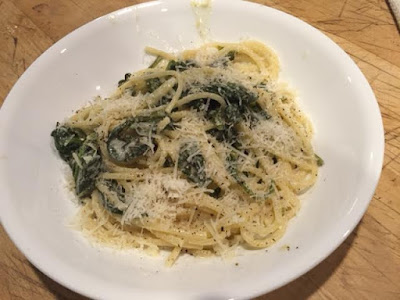 Plate up and put as much damn cheese on as you'd like.


Maybe the peppers weren't hot to begin with. Maybe the yogurt neutralized them (can it do that?). But in the end, all you tasted was some garlic, a lot of lemon and some tang from the yogurt. As 710 said, my mother might have ruined lemon for him. When she cooks with it, lately she tends to overdo it.

The idea for the dish was right and overall it certainly wasn't bad, but it came off with little taste....and no spicy heat. There are leftovers, so I'll be taking it for lunch, but putting on the red pepper flakes.

I gotta salvage it somehow.
Posted by Blobby at 12:07 AM

Looks good - I would try crême frâiche instead of yogurt, though (that's what we use in a very similar recipe). We tend to find it a bit better suited for these sorts of recipes instead of yogurt :)

I'd need some more heat so i might venture to Asiantown for the Thai chiles ... ?

It certainly sounds good, but that often happens where it sounds good "on paper" but doesn't quite translate. Red Thai chili is great. I get it at Trader Joe's, but from their website I see they don't have a location in Cleveland. Maybe stock up on items like we do when you're near a location: https://search.yahoo.com/yhs/search?p=trader+joe%27s+locations+in+ohio&ei=UTF-8&hspart=mozilla&hsimp=yhs-004

I know you didn't like the idea of 2 x teaspoons of dried chilli but I can't recommend it highly enough.
JP

I liked it too.