I won't lie, it's been tough. Petey is chugging along, but I can't say he's thriving. I fear there is no more thriving.

We've been taking turns sleeping downstairs with him. Anything that helps if he needs up in the middle of the night or needs some medication for coughing or breathing. You do what you must. 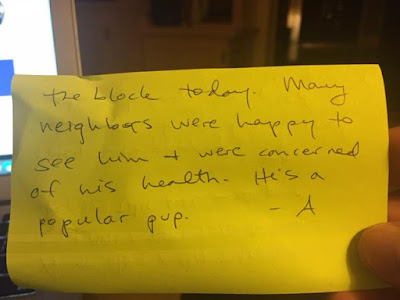 End of last week, the dog walker got him out and they ran into a number of neighbors. Pete is the mayor of the 'hood, and hasn't been seen lately. I even got emails asking if he was ok.

So I fucking LOVED the note from the dog walker. 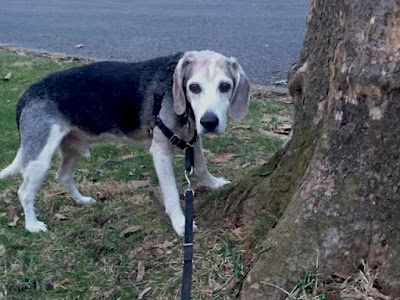 The next day, Pete and I did walk. he did ok. It was the short route, but still he did ok. And he stopped to smell stuff.......and I let him. 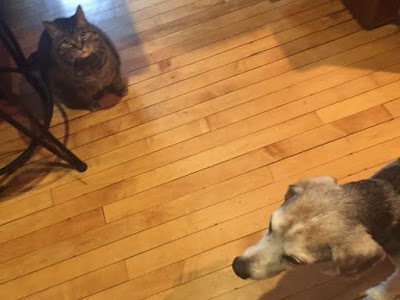 Sister and Brother hangin' in the kitchen. 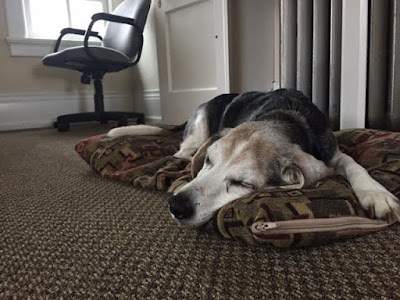 Petey taking a nap in the office while 710 worked at home. His sleeps aren't always restful anymore, unfortunately. 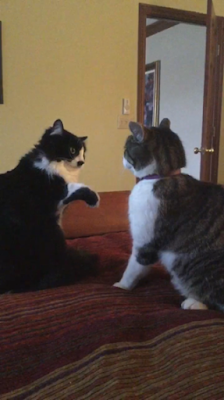 Pippa and Wally stand-off.
Actually, it was all good natured play. 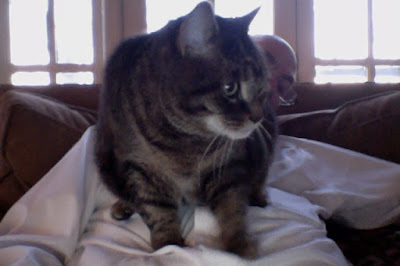 We muddle through. Right now, there isn't much else we can do. Maybe I'm wrong, maybe he'll rebound but 2016 has not been kind to Mr. Pete.

EVERYBODY loves petey pup! I am sorry to hear he is not feeling better.

Witnessing an animal ailing presses all the distress buttons for me so you have my sympathies. I do hope he revives very soon to do another round.

We have a cat that I thought was on her last legs, but she made it through the crisis. It is hard to have a pet suffering. Best to you!

I like Mayor Petey and loved that he is loved by all!

I send the celeb a pat on the head. That's Petey not you.
JP

I agree with Raybeard; seeing the decline of our pets is a great sorrow. I am getting tearful while I type this.