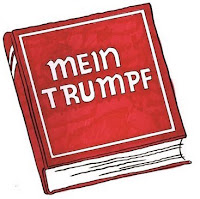 It is a little scary. We are getting closer and closer to this election called (t)Rump.

Super Tuesday was Super to him. Though he lost Texas and Oklahoma, as if anyone can "lose" them. Lord knows I'd like to try.

I don't know how polling numbers can be so far off. So many predicted Cruz would lose Texas and then drop out of the race. And he won it handily.

And I'm torn. Of course, I want that sour pussed loser (you really really really should click on that hyperlink) to lose. But lose at what cost? As I've said before, what is the lesser evil here? If it weren't for my antidepressants, this would keep me awake at night.

A friend of mine was chatting about how the GOP has to come to terms with who their base really is. They have assumed that their conservative Christian morons who love Jesus and little babies. But they've been wrong this whole time. They're really anarchists and racists.

I'm not sure this wasn't something they didn't know. I believe they wanted to believe they were Jesus-loving folks, but they're not. And I'd say they have to own the racist part of this, but I think they already do - and now they're finding that so many don't even care now that it is out in the open.

"They"say: those who forget history are doomed to repeat it.

But who are the ones forgetting history?  I don't think it's the GOP. While their PR department would have you believe otherwise, they are on this like white on rice. Because any other colour rice is wrong.

Or is the everyone else who is forgetting history and just allowing this to happen?

I suppose we will find out in November.

That all said - and I have said it before - I don't understand (t)Rump's end-game. I still do not believe it is the White House. But he's in too deep now - there is no going back.....or is there?  And with all but Cruz, Rubio and sad sad sad John Kasich still in the race (who says if he doesn't win Ohio, he's out.........and I think Donald is polling better than Kasich here).

Don't even get me started on Christie-Kreme.

My friend said he was in Albany (where he lives) and was said to have been sneaking out of (t)Rump's hotel room.

I was skeptical, as any seismograph would pick up his moves.

Still.....he insisted. And showed me the unmistakable proof...... 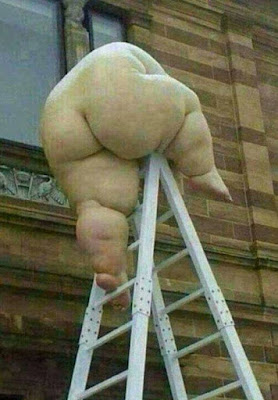 Ya really can't argue with the facts.


Song by: New York Orchestra
Posted by Blobby at 12:06 AM

Luckily I woke early and read this before breakfast because that last photo would have me tossing my oatmeal.
As it is, it's just made me wanna skip breakfast altogether.

Wonderfully cruel, it is going to be an interesting election.

That last photo almost had coffee pouring out of my nose.

Arguing against the facts seems to be what politicians do most.