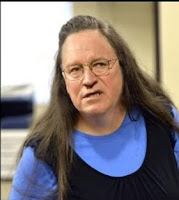 I'm at the point where I cannot tolerate stupidity.

For relationship's sake, I bite my lip more often than any of you would ever believe, let alone give me credit for.

As Facebook goes, I use it, mainly, to post silly pictures, or ones of Petey or of David and I at yoga. I've made a conscious decision to not (or rarely) post political things. Nothing good can come of that - at least if you have a cross-section of the public in your feed.

Unfortunately, I have friends and family who don't feel this way - and post the most right and left leaning things possible. All with little to no corroboration of fact, let alone balance. Because sure, you can post facts, but they only post certain ones, to get their 'point' across.

This infuriates me. But it is horribly common.

A friend was going on about Hillary Clinton and those g-ddamned State Dept emails. And yes, I get that she has fucked the 4-1-1 on this. She could and should have come out stronger on this subject - and really keep hammering about there was no policy against this, Colin Powell did the same thing....etc. But she didn't and the GOP are making hay of it.

This friend was trying to compare Gen. Petraeus' firing over misuse of email and classified material with Clinton. It's apples and oranges, really. But I kind of snapped and dashed off a semi-nasty response saying something similar - along with adding that GWB's RNC (no White House) server "lost" tens of thousands of emails and yet there was almost no press and certainly no investigation.

But then, the wasn't a woman. And mind you, my friend is. So, it's nice to have see misogyny amongst their own gender.

I pointed out that Petraeus was emailing info to his mistress who was also writing a book about him. And that the DOD wasn't the State Dept - different venues, different policies. And that Clinton dealt more with diplomacy and Petraeus with MILITARY SECRETS!

Their response:  have you seen his emails, his mistress or her book?

One of my cousins is the same way. I'm "this close" to blocking both of these people.

This self-anointed prophet is too much for me. The followers, the press - mostly in gay blogs - just makes me feel self-loathing even reading it anymore.

While I applauded her being jailed, it's become some sort of martyrdom for her, and the voice grows louder. Though I did love how after her release, she stood between two men who spoke FOR her. But it's the GOP and a Hate Group.  Women are 2nd or 3rd class citizens with them - and they are using her to a T. But she's letting them, so they're all at fault.

I get that Huckabee needs a boost with his low low low poll ratings, so sure, he's making his move there.

What Huckabee does not get - nor any of them, nor are they asking - blah blah blah blah, religious persecution. She's being forced to do x, y and z.

No one - and I do mean NO ONE - has said, that Davis told her employees SHE would fire THEM, if they didn't do what she said because of her religious beliefs.  Where is their religious freedom? No one is making the argument that they are being persecuted by Davis herself. Huckabee certainly isn't.

So I've said it before and again - "mainstream media"?  "Liberal Media"?

Where?  Where are they?

One might argue that asking Trump his favourite bible verse was a gotcha question, except for the fact that he brought up religion and the bible. To quote any number of judges on Law & Order  "you opened the door, counselor...."

But the questions on ISIS and Kurd leaders and foreign policy are NOT gotcha questions. Trump is the fucking leader in any poll for the GOP - for the highest office in the fucking country. He had better have answers. But he didn't, so he turned it around and his little butt-girl getting her nose all brown for him.

And people are buying this shit hook, line and sinker.

So while I'm not done with social media, I'm having a harder time engaging. I feel a little sad for some of these people (my "friends"), and while blocking / unfriending them is the easy way out, I'd like to think I am bigger than that. And that I can take in multiple sides of a story / argument before making up my mind............unlike them.

the stoopid is strong in this country. and the stoopid breed. it's getting difficult to find intelligent life out there.

Word, to all of it, though i might caution you against your tirade on [t]Rump, lets he find your blog and call you a "loser" and remind you that he's "rich" since that's how he rolls.

I'm so happy that I don't have to see that woman from Kentucky on my FB page, cause I don't have one. I keep seeing this woman from Kentucky on JMG and HuffPo, I sure wish that Duggar boy would do something to knock her face off of those sites for at least a day. As far as Clinton, the 'publicans hate her because they know she would actually follow in her husband's footsteps and be a great president.

Sir you are a strong man so understand, none of what you see in the media is real. It’s done on purpose to make your head spin, make you more ignorant, and rob you of your identity. They media is programming people like machines.

It’s accomplished in modern media by presenting supposed “belief systems” but really its mind programming and its very effective on humans – especially ones in a large society. This started in earnest in the 1993 when Clinton passed a bill that allowed opinion shows to start using the word “news” in their names. It used to be illegal for networks to call talk show “news”. Objective reporting had to comprise 90% of a news program when we were young . It was also illegal to offer opinions on a story after reporting it. Now we can call anything news and offer any opinion we want about it - and the mind control went into overdrive. You’re not reacting to stubborn people as much as people who are under heavy mind control. (They still love you they are just unwitting prisoners). It works like this:

They pick a belief (any belief) and hammer on certain details in the media using each partisan side in opposite but similar ways. This makes the viewer think THEY have a belief – though it’s just cheery picked propaganda drilled into their head using, amongst others, the “fear, anger, hate” system (Fear becomes anger – anger becomes hate – hate creates fear – and round and round we go with the programming). You can create self righteousness, genuine doubt, anything you desire in this system. (It can also convince even a righteous person to support the most evil and dastardly things). The viewer MUST cling to the propaganda they have been given or face the demons of what they have become. It’s amazing how fast people can block out their own lack or morality under this programming. (What, you don’t care that Obama is killing women and children civilians nearly every day because we might also be killing an evil terrorist? Your piece of mind, identity, sure is scared and bloody…and evil).

When the average person adopts a belief it becomes part of their identity. Most people cannot alter their self image even in small ways after they invest in it. Modern media mind control literally builds your identity for you and then turns you lose like a robot. You’re not you – you’re their creation – and you can’t be wrong. Being mistaken now days is a big sin (oh wait – admitting your wrong has become a sign of weakness…right? In the backwards ignorant world - it is. How about personal change, reinventing your identity. Happens all the time right?) These are ways to capture a person’s mind – similar to a cult. And have no doubt – both political parties have become cults. Everybody must think the exact same way or they are “traitors to the party.” Very dangerous situation we find ourselves in. Democracy is currently dead, a ruse to give the illusion of participation to the mind controlled masses. Fascism will arise soon under this circumstance.

Thus it is very important that a person genuinely know who they are, know what they consider true morality, and understand what is taking place in society – before looking outwards at the world to generate beliefs. Find your logical and righteous center and be true to it – not to media. The media is controlled by the government which is controlled by the super rich and its almost entirely made up lies. They never tell the public what is really going on. They don’t need to anymore because so many people are under mind control. In the meantime I’d recommend the CSN line for your friends and family – “Just look at them and sigh…and know they love you.” You’re strong. Overcome it. Knowing is the first step.

Much love to you and yours.

It all makes me weep.

I have pretty much chosen not to sign on to FB for about another 15 months, once the election is over...