Years ago, during one of my 12 of 12's (I think), Erik axed me if I ever let my beard grow out (as I think I had an image of me trimming it down). I don't think I answered him. Some here (Fearsome) have noticed that my beard currently looks different - and it does. In a few ways.

I'd say I've been lazy, but that would be a lie. I could say I have been calculated in growing it out, but that too would be a fib. However, it might be slight combination of those two elements. But the beard is fuller. And much more grey.

Since around 1991, I've usually had some form of facial hair. It started with a beard and then went into a neatly neatly trimmed goatee. I think I did fully shave sometime in 1992 or 1993 for one of my few surgeries....as after the surgery, as I wasn't really able to shower or stand easily. But I grew it back quickly enough.

Save the top of my head, I have the ability to grow a beard fairly quick. Again, even with the beard, I kept it trimmed about once every 6-7 days.

Let's take you through my beard progression, shall we? 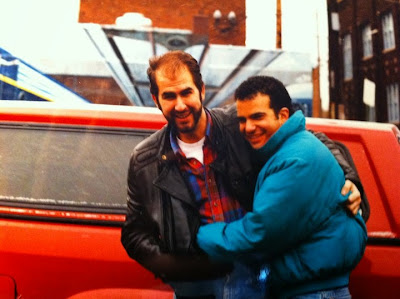 By the next time I'd see David G, in Palm Springs 18 months later, I was down to a goatee.

The goatee: 2000. While I would let it grow it a little fuller, for the most part, it stayed looking much like you see it here. 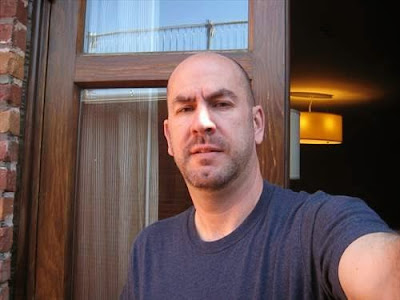 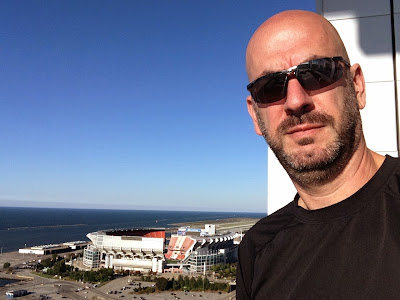 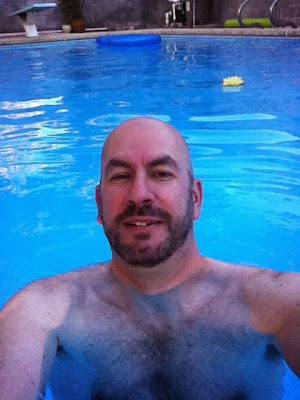 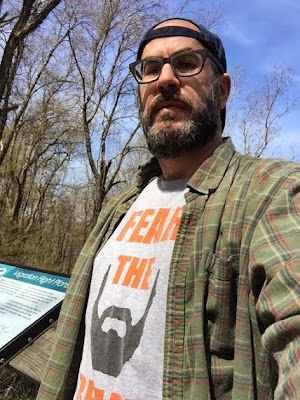 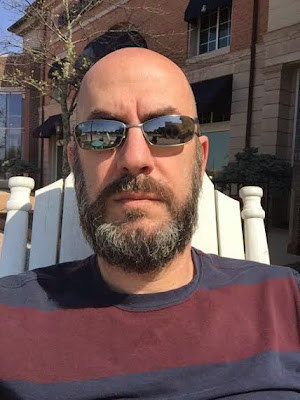 My my my - I think keeping it trimmed more closely minimizes the grey. There is no hiding it now, unless I went all brettcajun on you and started dying my beard (he "claims" to have stopped). I'd had to see how the How Old Do I Look site deems me with this pic.  "71" probably!!!

I'd say about 7-8 weeks ago, I just kind of took a break from trimming it. 710 said he liked when it came in fuller. There is a stage between the trimmed version and now where it just bugged the ever loving fuck out of me, but now I'm good with it. Kind of.

My dentist used to comment, as she'd lean in to do her work, on how soft my beard was and that I must use conditioner. I didn't. But I think I shall have to start. The beard is rough. So, I might have to treat this like actual hair. Shampoo and not bar soap. Conditioner or beard oil.

And maybe it is all for naught. I might fall out of fancy with this (I don't believe all those stories about fecal matter in beards, and even if I did, I'm not eating my beard) and trim it back down, but I never see me going back to a smooth face.

Email ThisBlogThis!Share to TwitterShare to FacebookShare to Pinterest
Labels: Beard

All I know is, I'm happy and proud to have been there for both of the two times you've smiled in the last 25 years!

I'm late, as always. But the beard is looking good. If you still have it, that is.

Unknown said...
This comment has been removed by a blog administrator.
11:06 PM EDT