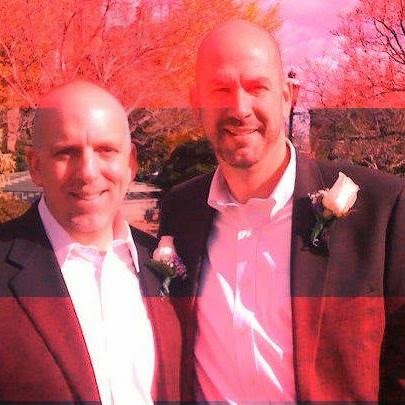 I wish I felt better about how the arguments went with the Supreme Court yesterday.

From many accounts, it is very up in the air. In a way, that is not surprising. The court is voting 5-4 on just about everything. They could all witness the same murder and they'd vote 5-4 on guilt.

In this day of social media, it is hard not to get a skewed perspective on how things went depending on who made the post or what sites you visit.

I felt slightly better - but only slightly - after seeing Nina Totenbag Totenberg and Tom Goldstein discuss the day's events.

I feel slightly better- but only slightly - when Nina said that she's not sure the oral arguments would really sway any of the justices. If so, then it probably - as always - comes down to Justice Kennedy.  (see video below......assuming it embeds.)

Of course, the fucking frightening thing is that the Liberty Council is insisting that all GOP presidential candidates sign a pledge that they will defy SCOTUS should the marriage initiative go in "our" favour.

Naturally, Rick Santorum and Mike Huckabee (neither of them GOP candidates.........yet) signed immediately. I will be very interested to see which others do - if any of them.

But no one has taken an action or threat of defiance to the next level or asked the right question(s):  if one in "power" can disobey certain laws, how can they hold anyone accountable to any law........including the ones for which they lobby? In a way, it is political suicide if anyone asks them that last question. On the other hand, none of them are that smart.

This is a scary time.

As bad as I feel for Ohio not having same-sex marriage or recognition of it, I feel very bad for the states who have it not by voter consensus. The appeals and possible invalidation of certain state marriages could be devastating.

It's going to be a long two months until we hear the verdict.


What you need to know about today’s #SCOTUSmarriage arguments in less than four minutes. (BONUS: NPR’s Nina Totenberg & SCOTUSblog’s Tom Goldstein … and word bubbles!)
Posted by NPR on Tuesday, April 28, 2015

"the waiting is the hardest part" - tom petty

we already KNOW scalia and thomas will vote no (assholes).

It's a nail biter. On the one case recognition of out of state marriages, it would seem that following their own ruling on DOMA precedent they would rule for states having to recognize out of state marriages. The other case whether states can prevent marriages from taking place is a bit more up in the air as the ruling on prop 8 was about standing not actually marriage.
As far as their own precedent on Loving vs Virginia and inter-racial marriages, this is not the same court. I truly believe that Thomas would vote against his own marriage in that case.
I'll remain positive and hope that the court makes the right decision, and that decision is that we are equal and state discrimination must stop.

And now that the 8th Circuit has decided to put the cases on hold until SCOTUS rules... even more nail-biting here.

You capture my thoughts and feelings spot-on.