I'm not in a writing mood, per se.

I have no anecdotes to relay. I have no soap boxes to stand on, so I can expound on at length. There aren't even that interesting of news stories on which to discuss.

I'm sure I'll get to a SCOTUS post once the arguments for and against same-sex marriage and state recognition happen, but for today, not so much.

That's not to say I have nothing. This falls under 'stuff' in 'stuff & nonsense', I suppose.

Yesterday, I was taken by two separate images - ones of Mother Nature.  One came via CNN and the other the Washington Post. One real, one a photo montage, pieced together. The last one is real, in its own way - as the events did happen, but not quite how they're captured on "film". 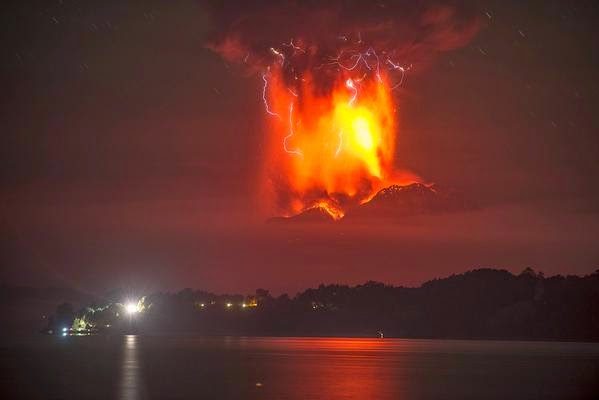 Seeing this shot of the Calbuco volcano in southern Chile was impressive by any standards. Seeing it at 06:20 just kind of wow'd me.

It doesn't look real, but the colours of the sky that almost wipe out the mountain itself, leaving Raiders of the Lost Ark imagery is pretty fucking neat.  I mean, not so much for the people of the town below, but for graphic representation........just wow. 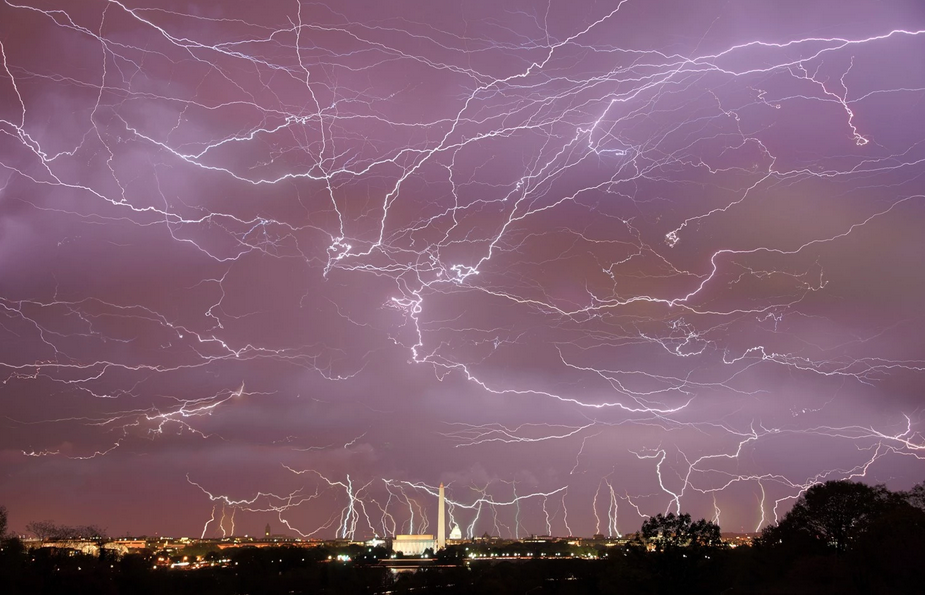 The Washington Post shot is no less impressive, even if not taken in real time.

Per the Post:  A stacked image shows 42 lightning photos combined into a single image with the brightest pixels from each photo moved to the top of the stack. The resulting image shows all of the of the lightning bolts together. The photos were taken Monday evening between 9:15 pm and 9:55 pm.

Personally, I think it was the gods just showing their frustration with Cruz, Rubio, Bush and the potential other GOPers putting their name into the Goblet of Fire.

....Here's hoping they all end up like Cedric Diggory.


Ooops.  Well, so much for my not commenting on current political events.

had not seen those pix; thanks dear! nature is impressive!

I'd seen the volcano shot, very cool, but not the lightning one. Very very cool.

Great photos, especially the one of Calbuco. It almost looks like something from The Lord of the Rings.