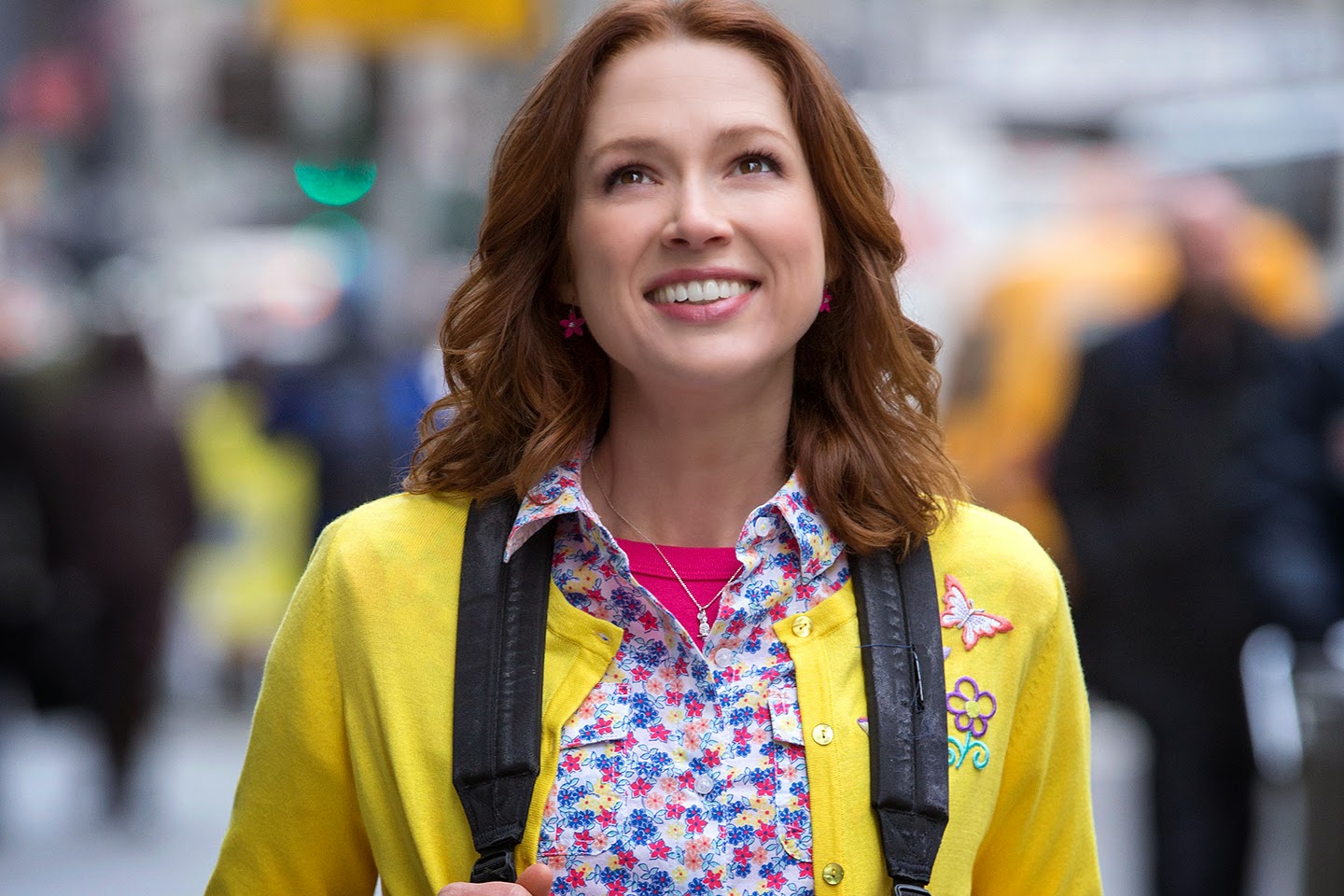 I broke the streaming TV cherry.

After having Netflix for two weeks, we finally watched something!

710 wanted to start on Orange is the New Black (we never did watch that DVD I got from the liberry), but I wasn't quite there yet. So we started with the Unbreakable Kimmy Schimdt.

We only watched three episodes (in a row), so I'm not sure if that is considered a binge or not. Whether a show is good or bad, three is about my limit

Since I'm out of the 30 Rock mode, you really must recalibrate for that kind of quicker pace. Verbal jokes and visuals are always there and you must must must pay attention.

A very brief synopsis: Kimmie is one of four Indiana (there's that state again) mole women. Or women kept underground in a fallout bunker kept by a guy who heads an apocalypse cult. She goes to, and stays in, New York City to continue her life. She gets a roommate (who was D'Fwan on 30 Rock's own reality show, Queen of Jordan) and a job (whose boss is 30 Rock's Jane Krakowski).

That's all you need to know. Then hilarity is supposed to ensue.

I remember having to warm up to 30 Rock, so that we're only three episodes in is not worrying me too too much. If history has taught me a thing, is that I'll probably like this more given a little bit of reflection time.

Now, the first episode hits close to Cleveland, folks. As almost three years ago, three women were released from being held captive for more than a decade. And a black neighbor was the subject of the viral video rounds with his interviews, which got auto-tuned and set to music.

Tina Fey does the same thing with Kimmie's neighbor too.

There is much ado about Kimmie Schmidt and its take on race and being offensive. A number of articles say that the show has a 'Dong problem' - or how they dealt with an Asian character (which I have not yet gotten).

I don't know it is a 'problem'. 30 Rock touched on all of this before. None of it seems to be new, or higher in degree of offensiveness. 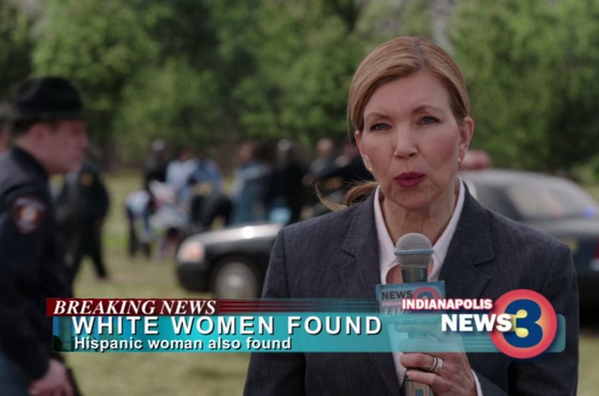 It's that whole 'when you're pointing your finger, four are back at you' scenario. And I think Fey is doing (and has done) this often - though those four pointing back are at society at large (and media), which is the intent.

The reason there is a 'problem' is because someone is pointing it out, albeit in a humourous way. Problem or not, this is the way media and society see and report things (or don't, as the case may be) and that is why they get their backs up - because the mirror isn't always pretty. So they deflect - or try to.

I'm not sure why NBC passed on Kimmie Schmidt, except for the fact that they have a horrible horrible track record at comedies (save a few years in the mid-90s). I suppose the network couldn't find time in the schedule with with the Voice already taking up 32 hours of air time already

The biggest take-away from Kimmie Schmidt, however isn't the writing or acting. It's the wardrobe. And it seems that myself and Schottenstein's - circa 1988 - were the inspiration. 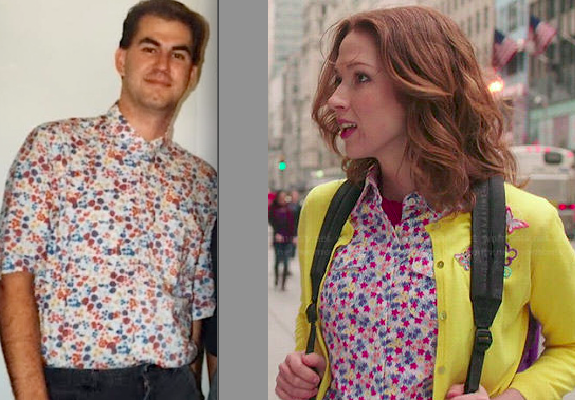 I love this show!