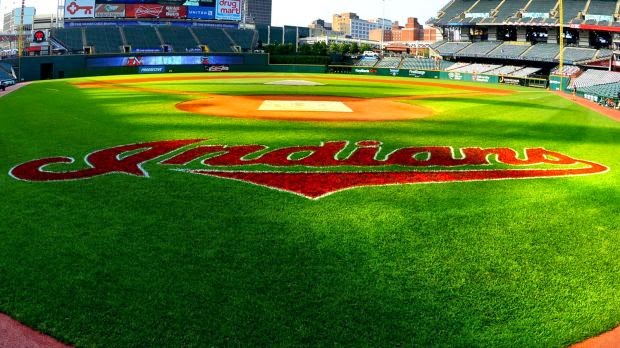 It's that time of the year - it is full of hope. That one week in Spring, when all things are possible.

Of course, then it usually goes to hell in a hand basket. Sure, one made by Longaberger, but a hand basket nonetheless.

Long time readers will know of my love for the Cleveland Indians. It is an unrequited love, of course. Years of groveling for a shred of attention and nothing almost ever given back. I'm sure my therapist - if I had one - would tell me I'm in some kind of abusive relationship.

And we had a glimmer of hope two years ago for a wild card position, which we lost in that one and only game.

But it all comes down to hope. Since the {gulp} early-70s, I've been hoping against hope for the Tribe to do me a solid. But I take a sock to the eye and tell everyone that it's not what they think. That deep down they're good and that they can change - they'll be better.

Yet, I keep "running into doors".

To be honest, I haven't kept up with the roster for this upcoming year. There are bunch of names I know, but an equal amount of which I have never heard.

I'll follow the standings daily - unless we get so far out of contention that it is just too painful to open the sports section (we're only out of first place by 1....so far).  I'll go to a few games during the year. I'll watch. I'll cheer. I'll drink beer - not necessarily in that order.

Opening Day is today....or at least, the home opener.

Song by: Alison Krauss + Union Station
Posted by Blobby at 12:01 AM

we played game #3 of 162 yesterday, and we already suck major ass. I have not checked to see whether our two teams play each other this season.

it's gonna be a long march to september...

May your Indians do better than my Pardes did yesterday. It's baseball and we have a long season ahead. Just checked schedule and our inter-league play does not include the Indians this year nor do we play AM's Phillies. Usually we play one or the other. Who knows maybe we will play you post season? Gotta have faith!

I enjoy baseball too. I grew up - and still route for - the Detroit Tigers.