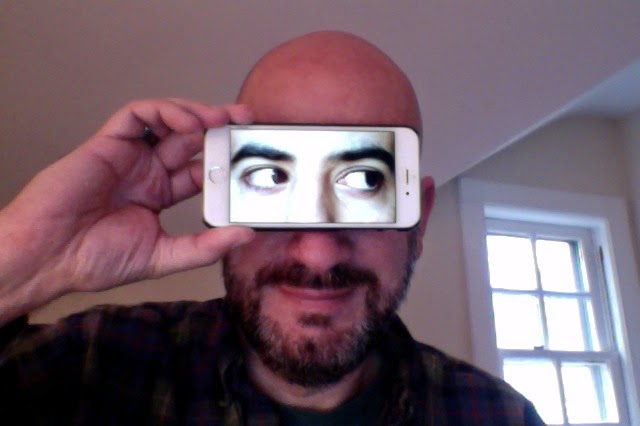 Be My Eyes is, at least in theory, a helpful app.

I say in theory because I've downloaded it. I've signed up for it. But I haven't used it.  Yet.

Someone has to ping me to use it.

The app's tag line is, "Lend Your Eyes to the Blind".

They don't mean to donate your corneas after you die or anything (though you probably should - since you won't need them anymore), but this is more to help out a sight-impaired person in the present day.

So, say, a blind person needs some assistance from a sighted one. The former launches their app and it will find an available latter to help out. If the designated helper is not on-line, it goes to the next one.  ....and so on.

The example the above hyperlinked site uses is which sweater is of a certain colour, or if the date on the milk carton is past expiration.

Of course, I suppose it begs the question(s): if the users in need are indeed blind, how can they find the icon on their phone in which to launch the app - and better yet, how can they even find the app in the iTunes store to hit 'download'?

I've been following your blog for a while now, and yet I am still so Old School ... or maybe just old ... that when I see 'App of the Month,' I think it'll be an appetizer recipe!

Well, unfortunately, men who have had sex with men can't donate ANYTHING, per the FDA. I wish Obama would do something about that, but there are bigger issues I guess.

I think the more important question is WHAT IS THE APP YOU USED IN THE PHOTO??