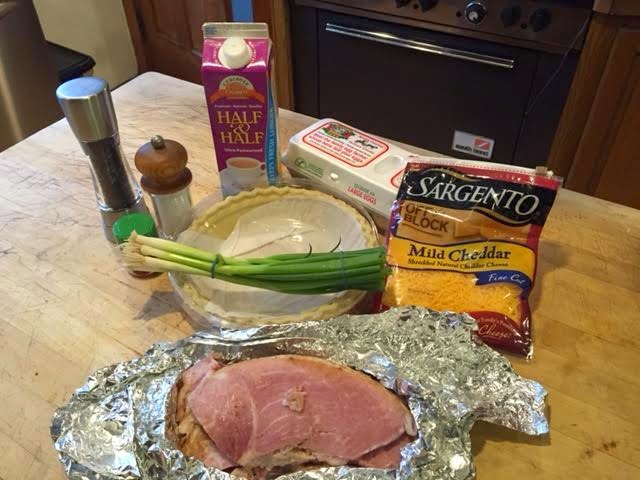 So this is WAY different than the Spinach Ricotta pie I make.

Other tended to call the spinach one a quiche and it really isn't. That had ricotta, mozzarella and Parmesan cheese.

This quiche has cheddar and half and half. And no spinach.

I was just looking for a way to repurpose ham my mother sent me home with. I'm not a huge fan of ham, so I wasn't going to eat it by the slice, but if I diced it up and threw it something, maybe I wouldn't notice it as much. 710 suggested a quiche and it seemed as good of an idea as any.

So that is what I did. 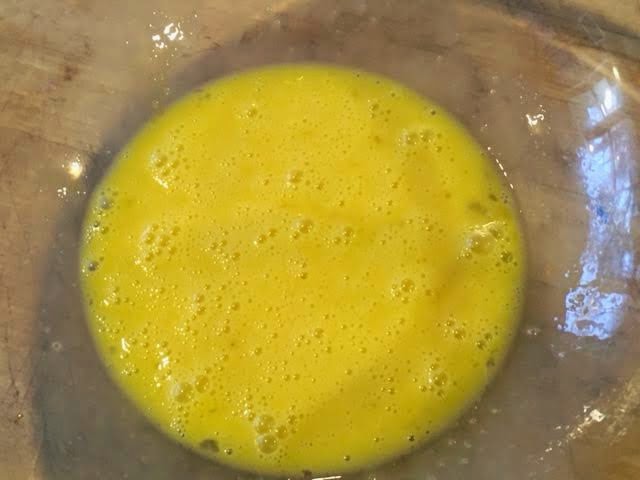 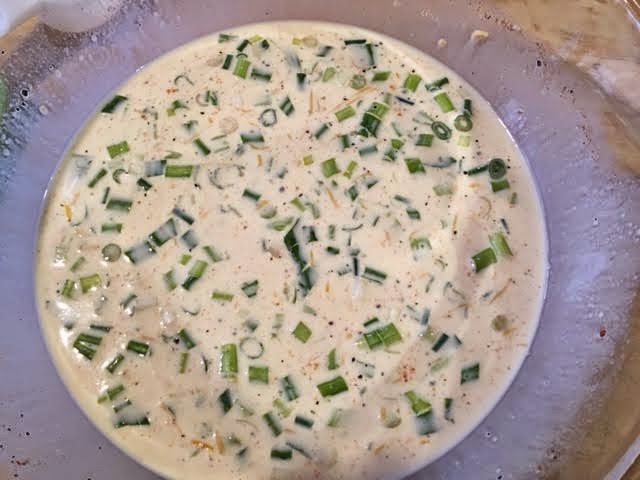 Add all other ingredients (well, not the pie shell). Mix well. 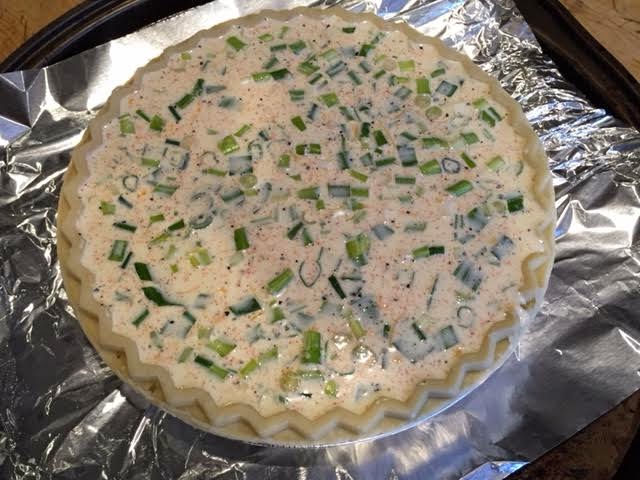 Even a file lined pan doesn't help with spillage if the sheet isn't big enough. The contents come right to the edge of the shell, so when pushing in the oven rack, where was stuff cascading over the edge. 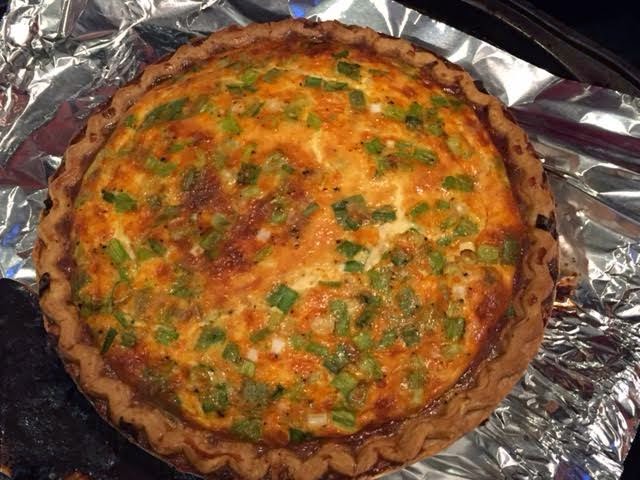 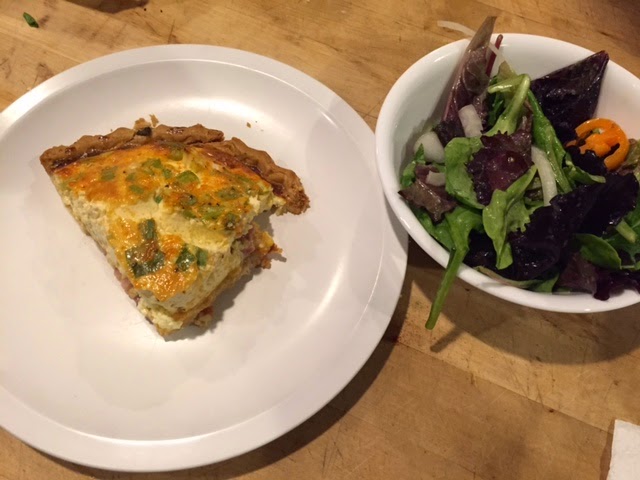 The eggs were almost too fluffy. I'm not sure if I didn't cook long enough, or my legs were too airy. I thought it would be more dense, but it tasted great.

We served with a field green salad and it was a nice dinner.  Leftover for another two meals for two.
Posted by Blobby at 12:01 AM

nice quiche! I like making these with swiss cheese and bacon and light cream.

Looks yummy, and a great way to use leftovers!