Pet time - once again.......though coming up with post titles is challenging with Saturday entries. I know #firstworldproblems. I get it. 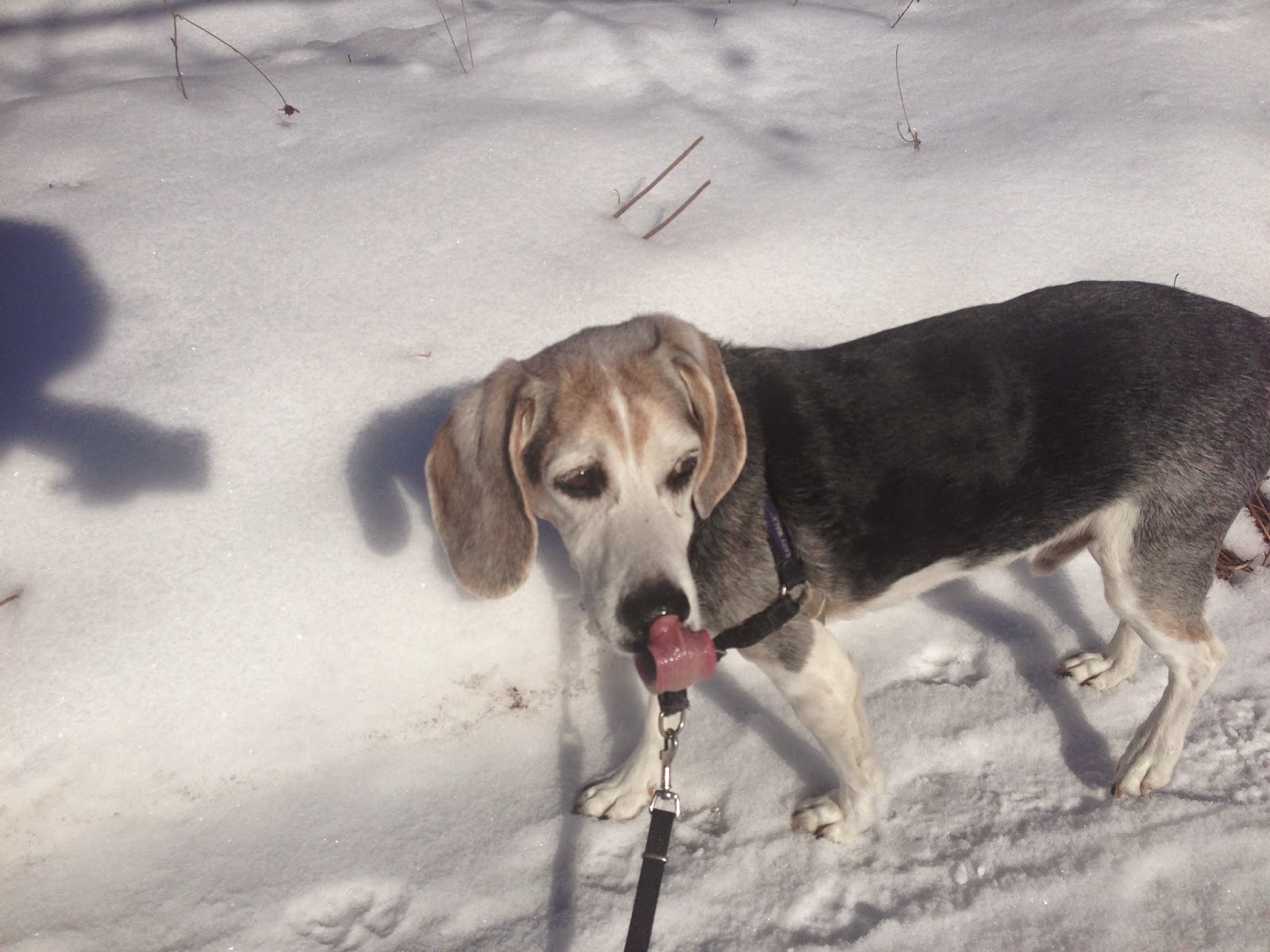 Not too many of these this last week. It has either been frigid or Petey's tracheitis has been acting up - or both. But this was on the 1.2 mi route, so he was one happy camper smelling everything as if it were his first time out. 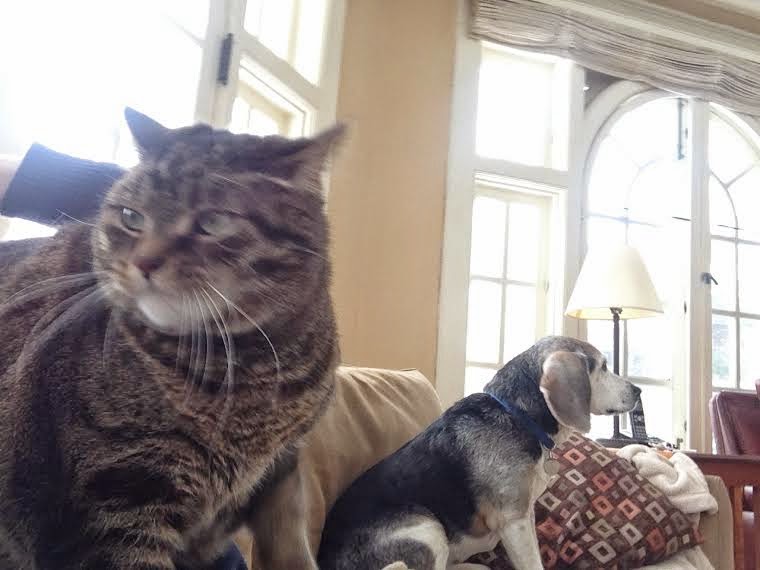 Oh, it looks like there's a stand-off going on, but trust me, there isn't. They are just snotty children who refuse to pose when I ask them. 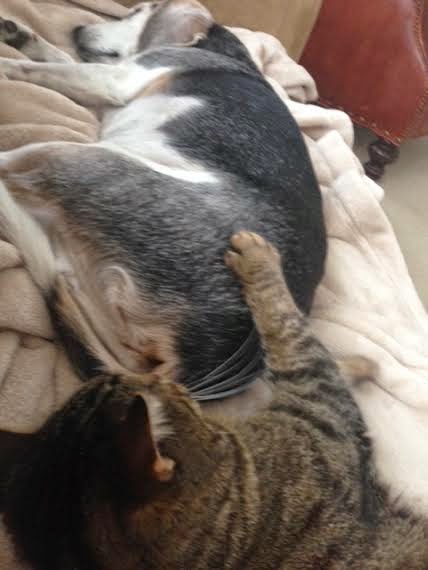 As 710 said after I sent him this pic: Sophie is one fart away from running away.
True that. That boy can toot like no one's business. But it's nice to see her reaching out to him - literally and figuratively. 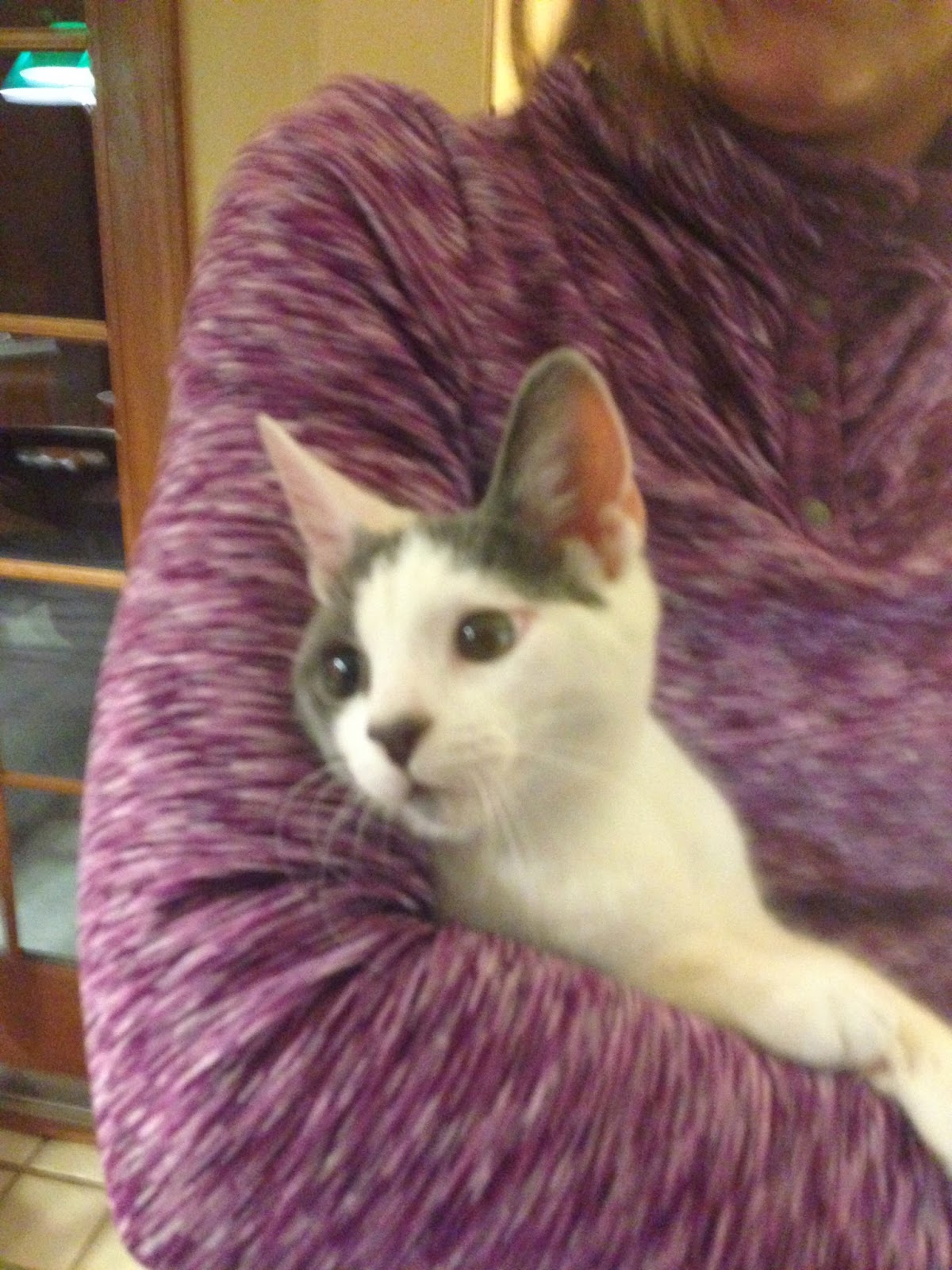 Buddy and my sister.

As I hinted last week, Buddy's time with my mom is limited. She is just too much for my mother - though I have to say, some of that is my mom's fault for lack of attempting to discipline the kitten.

Buddy knows how to get to the sink and turn on the water. Full blast. She reaches for stuff down in the disposal. But mainly she gets under foot - and that will cause my mother much more harm that it will to the cat.

I was hoping my sister and brother in law would take the cat, but they said 'no'. I tried to say karma payback should be theirs for us taking in Petey when they couldn't keep him. I don't think that helped matters.

Oddly enough, Rescue Village is willing to take Buddy as they have a waiting list for people who want cats. Can you imagine? More demand than supply?

So we got Buddy started out on a good road. I saved her. My mother socialized her. She will be a charming addition to any family. If anyone wants her, she's all vet-checked out and I'm happy to deliver her - within a reasonable distance.

I don't know, sophie...that's NOT a good spot...you like to live dangerously, don't you girl?

does rescue village background check prospective cat parents? I would hate to see buddy go somewhere if the possibility of mistreatment exists.

Rescue Village does a great job at screening. It took us TWO HOUR of paper work before they'd even consider giving us Sophie - all those many years ago.

Sophie and Petey look like an old married couple in that Couch Standoff.

It is a good story to hear a pet is going to a home.

LOVE the photo of Petey and Sophie on the sofa together.