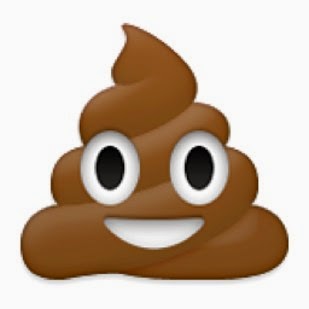 If you've read this blog for any amount of time, I have a recurring question.

"Where do you poop?"

The lack of answer is what would keep me away from music festivals that have a half-million people in attendance. Granted, I'm sure they have port-a-potties, but before you even get to those massive lines, you have to get through 431,744 of the masses to even make it to those lines. And then it is still a port-a-potty where one is likely to drop their keys or phone into that blue and turd liquid.

Or on my drive from Oklahoma City to Lawton. Not a rest area or exit to be had in those 76 miles, if one indeed needed "a break".

And then there are those who hike Europe.

I get there are fields and woods and such. But the funniest part of the movie Up, for me, was the Wilderness Scout kid who wasn't sure if he was supposed to dig the hole before or after. And then you hear him say, after the fact, "it was supposed to be before!"

This is also why I don't camp. But roughing it for me is a Red Roof Inn.

Don't even start me on Everest. I get Base Camp I and maybe even II, but once you get up to IV - WTF? And From IV to the summit is 10-12 hours up and the same down. Your butthole would freeze off, so I'm guessing you just poop your pants?

Oh the humiliation. It's all I can do to survive when I have to use one-ply.

I'm still unsure - and unwilling to look it up - as to how one poops in space. Not so much the International Space Station, but you know, Neil Armstrong in a capsule for three days up and three days back.

So, since this is an ever eternal question for me, 710 thought it would be funny informative to send me an article on pooping in space.

Well, to be more specific - poop on the moon.

This of course, brings up a few more questions - one being: if the moon's gravity is 83% less than Earth, why are there 96 bags of waste there at all? Why doesn't that shit (pun totally intended!) just float away?

I'm not sure why that place wasn't treated like runners in the Antarctic marathon. They have to bag their pee and poop and take back with them. Sure, it might re-entry a little messy, should a bag break as they hit the ocean.

So space travel: another thing I can cross of my list of what not to do. Well, that and running a marathon in Antarctica.  Honestly, a trip to the moon had better odds for me.

Song by: Talking Heads
Posted by Blobby at 12:07 AM

Email ThisBlogThis!Share to TwitterShare to FacebookShare to Pinterest
Labels: Poop

I can pee anywhere, but I prefer to poop at home. port-a-potties are just eeeeeeew!

Can you imagine 96 Doo Bags floating through space only to, someday, come crashing down to Earth!

It's said we are daily surrounded and sitting on mountains of waste but no one discusses it.

You mean the New Mexican desert, as we really never made it to the moon.

I love that there's a pic of one of the astronaut's family on the moon too. There's a good sci fi setup ...

Just pray you don't get killed by a toilet seat from a falling space station... ;-)