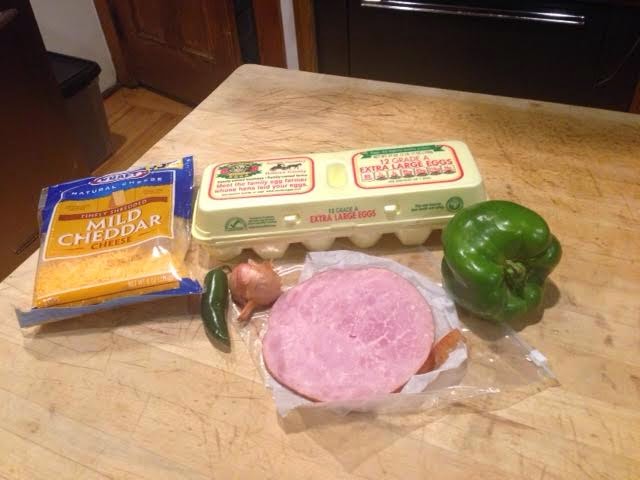 I'm stealing borrowing a food idea from Robert, over at Welcome to the Middle Ages.

What a great idea. I never heard of them. But in a way, they're the perfect ova delivery system since the chicken itself.

Let's pretend I'd ever have it together enough to throw a breakfast or brunch for someone other than 710 and the dog. Sure, Sophie would be invited, but she'd never RSVP and just sit around unimpressed anyways - if she showed at all.

My mother will always say, "nothing is worse than cold eggs" - which totally isn't true. Ask 31 of the 33 boys in John Wayne Gacy's crawlspace.

But omelet muffins could feed 6 folks easily (I mean, if you doubled the recipe) and keep your eggs hot for your guests, that is.

And you can substitute the word 'cupcake' for 'muffin' and then everything is immediately better.

As they are omelet-like, you can put whatever you would like into them. I opted for green pepper, jalapeño, shallot (only because I had no scallions), ham and cheese. Oh - and eggs.....of course.

Whisk eggs in a bowl. Add all other ingredients. Boom. Done. 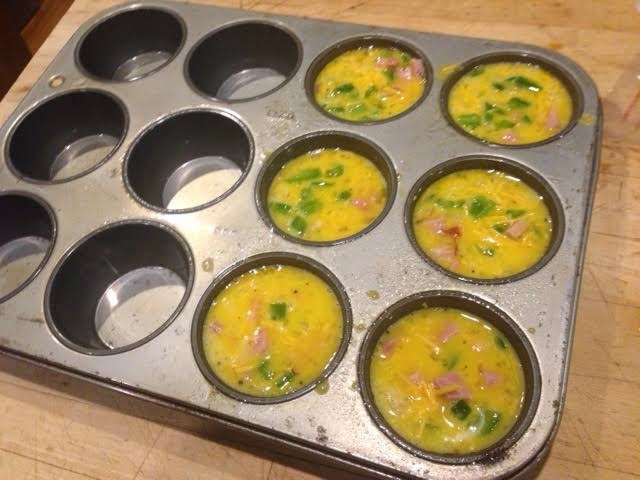 Well, except for you need to pour them into a greased (or paper-lined, I suppose) tin. 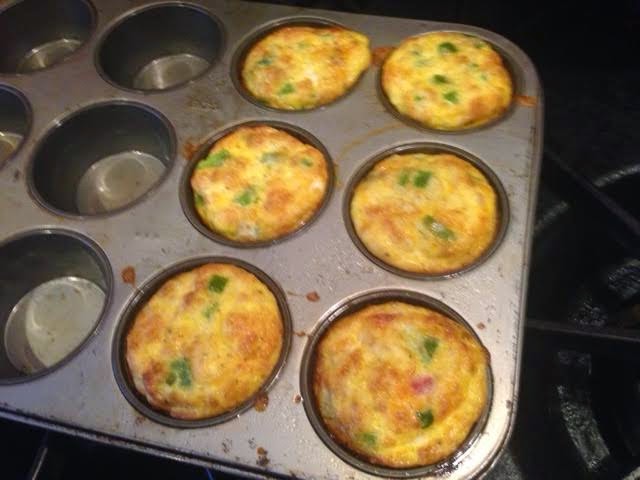 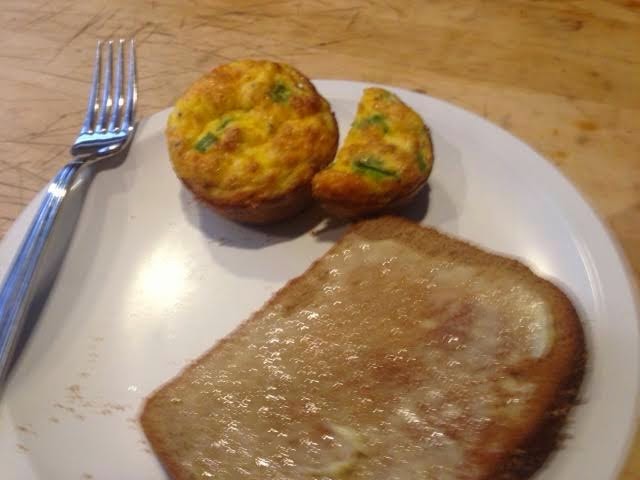 I easily scarfed down two. I thought I'd be good and have one and a half but did go back for that other half. I could have done the third....but I am the model of restraint.


I'd totally do these again. And 710 was surprised when he woke up and found that I had made breakfast.

Cap'n Crunch, however, as not amused at his morning exclusion.

the poor cap'n - but these are better for you anyway cause PROTEIN!

I think I will have to steal this recipe and make it my own.

These do sound delicious. I plan to try 'em next week.

I, too, saw this on Robert's blog and decided it was a genius idea. In theory you could make dozens of them at once for a big family or for a bunch of brunch guests.