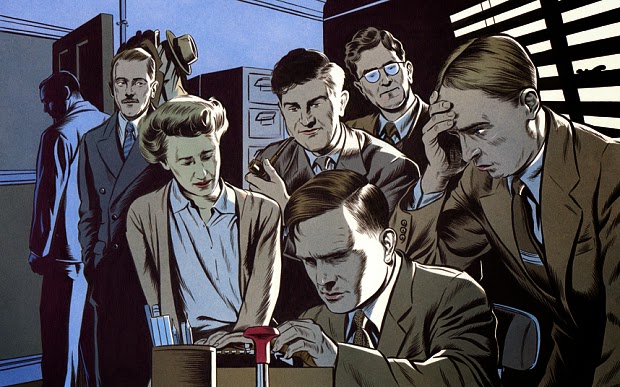 I was told this last weekend that my movie reviews mean nothing to a certain person because he said that I don't like anything.

I loved Whiplash and said so. Ditto with Birdman and Boyhood.

It's not my fault that Interstellar sucked balls (and not in the good way) and I called them on it.

I'm not to blame if Captain America was just ok, but predictable....same with Guardians of the Galaxy. They are franchise movies where no one of importance gets knocked off, as not to ruin the next box office release.

I even liked, but didn't super love. the Grand Budapest Hotel.  But I certainly didn't give it a negative review. Save Interstellar, I"m not sure there is a movie I disliked in 2014 (ok, of the ones I saw).

Our first movie of this year:  the Imitation Game.

While the story is 'based on fact', I don't know how much artistic license they took with the film's subject matter. I will say that it blends history, love and humour all very well, sometimes in a single scene. While the time frames ping-pong between the 1920s to 1950s, the director (who is up for an Academy Award, and rightfully so) does a good job with continuity.

Benedict Cumberbatch, at first, almost plays his Alan Turing as a 1930s and 40s Sheldon Cooper. Devoid of humour or social graces - he portrays a man somewhere in the middle of the Autism spectrum fairly well. I was very impressed by his performance.

Actually, I was impressed by all the actor's performances.  (see?  I do like something!). Keira Knightley too. This was her best role since a Friend at the End of the World. An iffy movie, but a good job by her.  Oddly, in her later scene - the ones from the 50s - her facial expressions reminded me so much of Helena Bonham Carter, it was eerily distracting.

...and Mark Strong isn't hard on the eyes.

I also have decided, I am very very uncomfortable with bullying, or potential bullying, when it comes to gay men or gay youths in film. I get that this was a conduit to tell a story of a later Turing, but it still made me uneasy......even at the times nothing happened.

If I have one criticism (and I do), it just had to do with breaking the Nazi code. Not having read a thing about Enigma or what Turing had done during the war, it was obvious (at least to me) with the first communiqué one of the easier ways to break the code(s). But it took them two years later to do so.

That said - they'd have never been able to decipher the vast amount of communiqués without Turing's work.

But the movie goes beyond just telling the story of England's quest to break the Enigma code. Obviously it deals with the history of homosexuality - not only as a crime, but as almost a nature vs nurture feeling. And all of it was well done.

I know have to possibly rethink some of my Oscar picks for that guessing game thing that is coming up. 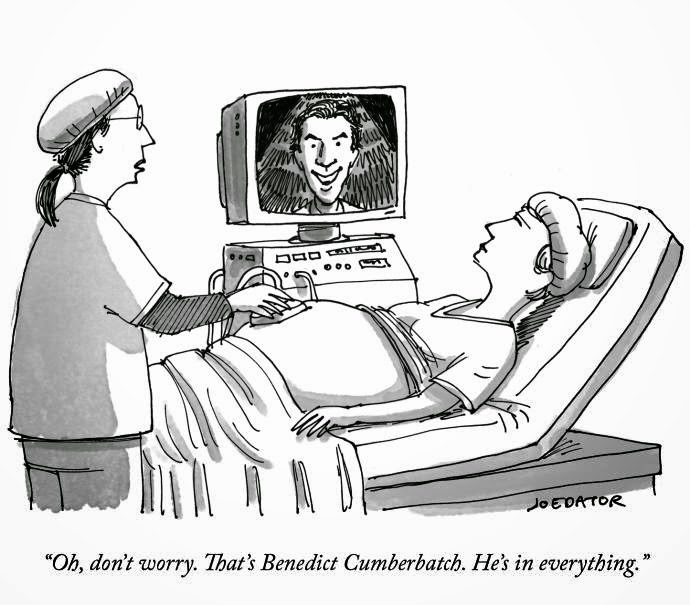 This one is on the list but we haven't made it there yet. You're input may light my fire....so to speak.

I liked it, too, and I, for one, agree with your review on Interstellar being More LessThanStellar.

We rarely go to the movies, so I usually see films at home well after everyone's finished talking about them. This is one I won't let slip through the cracks.

I like reading reviews. Sometimes I agree. Sometimes not. They rarely affect my decision on whether to see a movie.

The only reviews that bother me are ones that imply some form of; 'This is terrible and anyone who disagrees is an idiot with no taste'. I don't recall reading anything like that in your blog.

For whatever it's worth, I liked The Imitation Game, perhaps a little less than you did. It sounds like I enjoyed The Grand Budapest Hotel a little more than you did.

I wasn't interested enough to see Interstellar so I guess that is agreement by default.