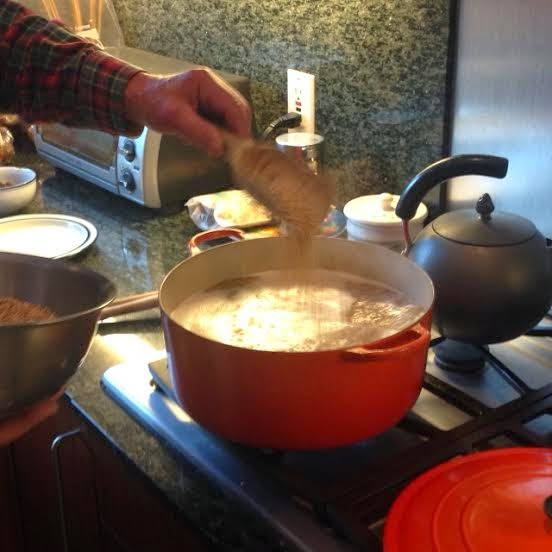 If it's freezing out - possibly the coldest day of the year - you know it is time to attend our annual "men's breakfast".

One of our neighbors has a few (allegedly) per Winter. If there are multiple, you only get invited to one per annum. That seems fair.

I'm still not a fan of steel cut oats, but once a year, I can handle it - especially when there are sour cherries, cranberries and raisins in it to sweeten it a little.

The maple syrup you can drizzle atop doesn't hurt.

The five minute walk over was frickin' freezing, as we were in negative digits (not including the wind chill). So cold in fact, that I had three half cups of coffee. I have never really been a coffee drinker - as one cannot "drink" coffee ice cream.

Looking around the table of 11 men, I was the youngest (or second youngest) at the table - and not by a little.

Like always, it was good conversation - though much of it focused on our newest neighbor who was in attendance. He and his wife have only been there for two weeks. It seems much of the convo revolved around hip and knee replacements, as a few of the gentlemen will be having those shortly. And then one other attendee is an ortho surgeon (which is maybe how he got his invite?). 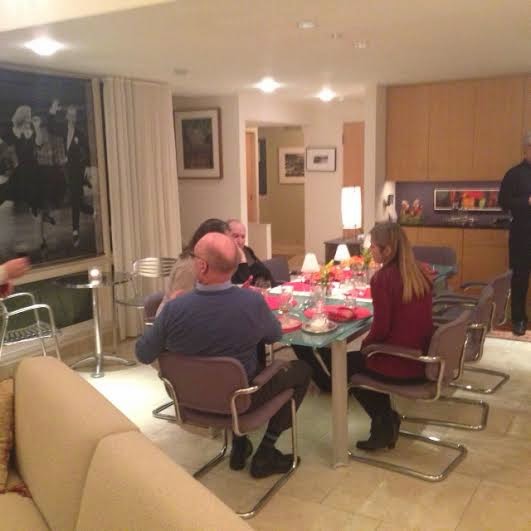 Oddly, we also had dinner plans a few doors down too. As it would come to pass, all of the men in attendance were also at the breakfast. So only the women were "new" to the mix. Again, the new couple were invited, so much of the convo, again, focused on where they were, what they did, why are they here.....kind of stuff.

The conversation touched on neighborhood history, a little 'hood gossip. But once again, I really enjoy so many of our neighbors, it off-sets all those issues I have with the border towns and not getting responses as I need / want.

All that said, we had a great time with both events - and not entirely due to a LOT of red wine of which I might have had. As it is, I'm finishing this post somewhere between being buzzed and full-on drunk....skewing to the latter.

"... much of the convo revolved around hip and knee replacements ... one other attendee is an ortho surgeon (which is maybe how he got his invite?)."

And thanks for my morning spit-take!

Oatmeal! The best of breakfasts!

" I'm finishing this post somewhere between being buzzed and full-on drunk....skewing to the latter."

HA HA! Well we couldn't tell from your writing, so I guess that's good.