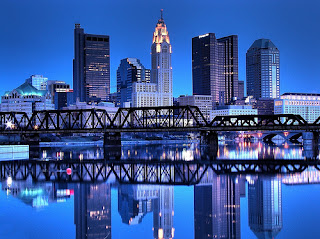 No big post planned today.  It's a family trip day.  ...minus Sophie.

The poor girl gets the place to herself, but 710, myself and the Pete-monster are headed to Columbus.

It's Petey's first "road trip" since we've had him. Oh sure, he's been to Chautauqua dozens of times - and even on the motor boat while cruising Bemus Point.

But he's never been to Capital City.

Lest you think we are just imposing on our hosts (Morty and George), they did invite him - I believe 710 and myself were the after thoughts. But since Petey doesn't drive, we're chaperoning.

No big plans after we are there. Maybe yoga with Rebecca if I can get her out of bed before 10:00.  I don't want that time impeding on my second breakfast or pre-lunch - since it is a 90 minute class.  She just needs to be out of bed for that 08:00 class.  I don't see it happening.

I don't think I've been to Columbus for almost a year. Last October.  Hey, I said "almost". I was rounding up.

So you'll get a Columbus post or two. I can't say when. Possibly a day delay or perhaps sometimes next week.

But you'll get at least an update on how Petey did on his road trip.