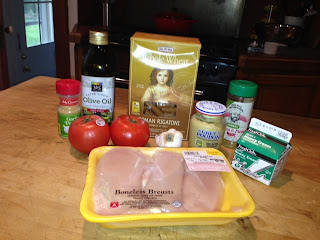 It is time for a cooking segment!!!

I think i had one for an appetizer around the 4th of July, but I'd have to go back to see when I actually blogged about a meal I made.

Clearly, I cook with a lot of chicken and it's just hard sometimes to make it interesting - or more interesting.  Yes, it's summer, but there is only so much grilled chicken on can handle.  So I opted for a pasta dish with pollo.

In ways it seems simple, in others it seemed labour intensive.  It didn't help that I was concurrently cooking a separate chicken breast for another meal - just to use what was in the package (srsly - it is impossible to buy pre-packaged breasts of two).

The ingredients are not massive by any means - except for the cream (which I don't think I've ever really used in cooking - baking sure, but not cooking) everything was on hand in the pantry.

I'm not 100% sold on whole wheat pasta. I know it is supposed to be better for us, but it seems much more dense. 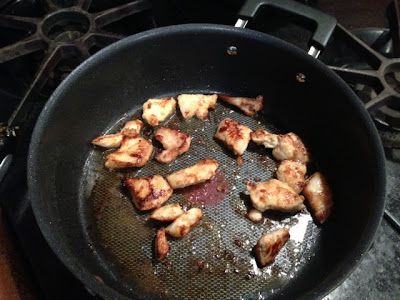 To be fair, the pic is of the separate breast I cooked, but I prepped it the same was as the meal. It will make for a tastier chicken salad sandwich by the time I'm done. 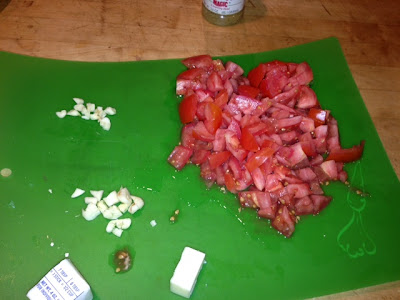 I could have bought diced tomatoes, but I did it myself.  Store bought tomatoes are iffy at best.  Such shoddy produce. 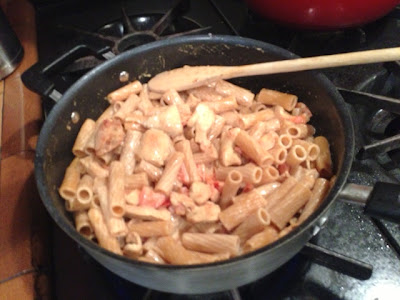 Everything added together.  The whole wheat pasta and the cream sauce all looks similarly coloured, so it is a monochromatic meal. 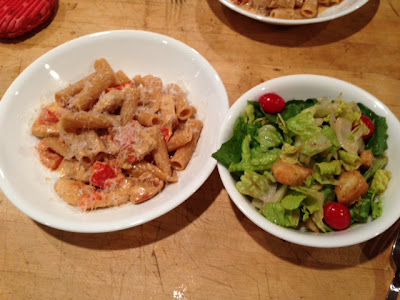 It plated up a little better than it looked in the pan, and sitting next to a decent salad helped.

710 was correct that he said it was missing a layer or depth of flavour.  He smelled the garlic when he came home, but asked if I used it in the dish.  I'm wondering if a little cayenne pepper would have helped.

While the pasta water was salted and there was Italian seasoning in the dish, I didn't add a lot of salt, but it needed it after we got it to the plate. Even though the recipe doesn't call for Parmigiano-Reggiano, I added it (hey!, it's pasta!) and that didn't help with the needing of salt.

The recipe makes 4-6 servings, so we have left overs. I'll play with red pepper flakes or cayenne when having some for lunch and see what happens.

It's a good base of a recipe, but it needs tweaking.  Not twerking*.


*when someone reads that last line in a few years...or months, they'll have to look up what it means. Myself included.


Song by: Prince & the New Power Generation
Posted by Blobby at 12:19 AM