Created by Chad Darnell and picked up from, what I can tell, a number of random bloggers who then link back to him and vice versa. Janet Hughes is now hosting the link that puts many 12 of 12'ers together (sometimes she keeps current, mostly she does not, so I might have to drop this link / reference).  The number of people linking don't seem to be as robust as they once were, but that stands to reason. 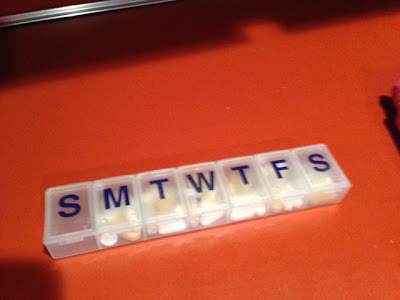 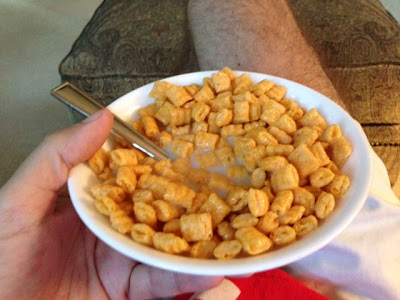 07:00.  Wheaties might be the breakfast of champions, but I'm sure Cap 'N Crunch is right up there somewhere. 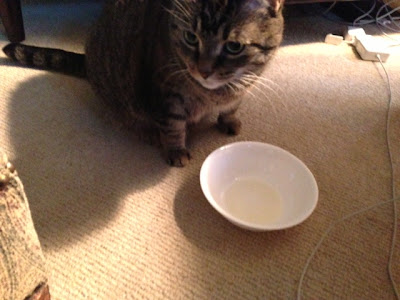 07:10.  I used to leave a trace of cereal milk for Sophie. Now she feels entitled.
Every. Single. Morning. 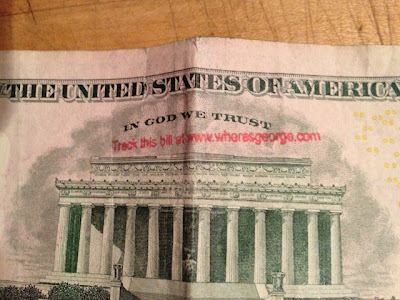 The bill originated in Victor, NY on January 3, 2013. It has traveled 237 miles for an average speed of 1.1 miles per day.  Obviously it could have traveled much further, just no one tracked it. 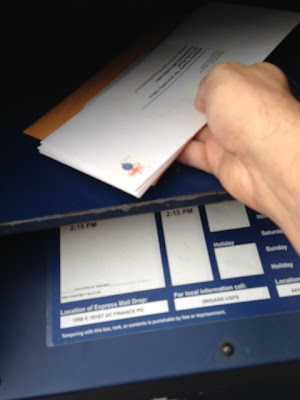 10:00.  Using the mailbox down the street to mail some forms for 710. I wasn't comfortable having them stick out of our home mailbox waiting for the carrier to eventually show up. 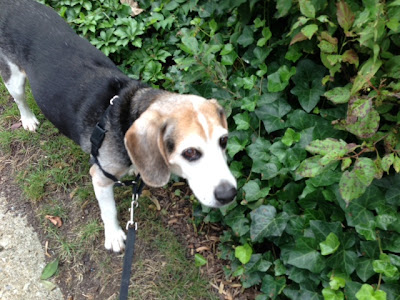 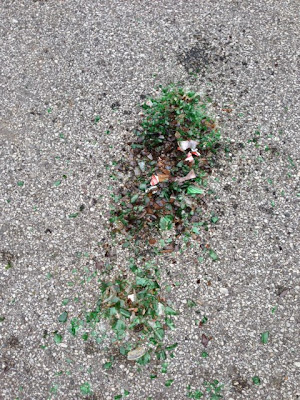 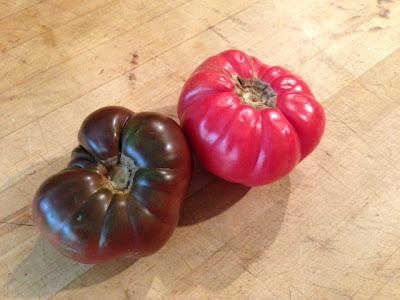 10:45.  Future lunch? Two heirlooms from a food co-op.  SO much better than anything store-bought. 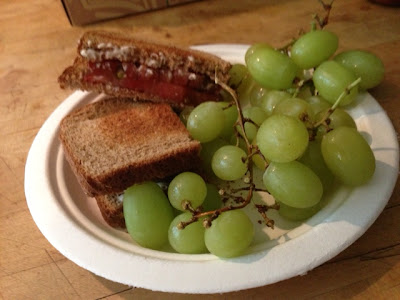 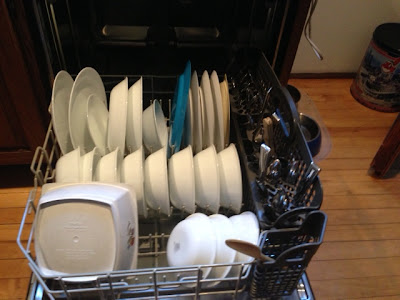 18:30.  I know my life seems glamourous, but at times, je must do the mundane chores too - like emptying the dishwasher. 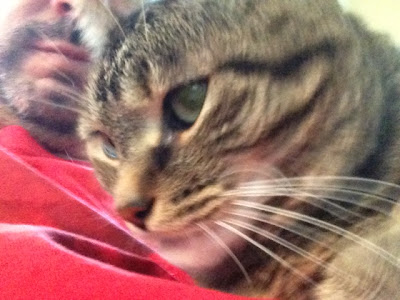 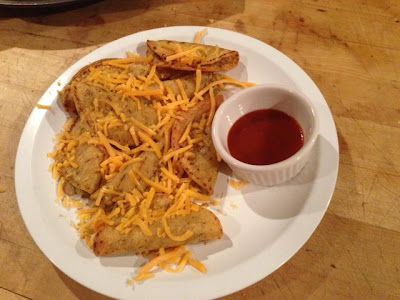 20:30.  One of those days when dinner seems like a chore - so what do you do?
You break out frozen tacos from Trader Joe's. Sure they're supposed to be appetizers, but if you eat seven of them and sprinkle cheese over them so they melt......well....... 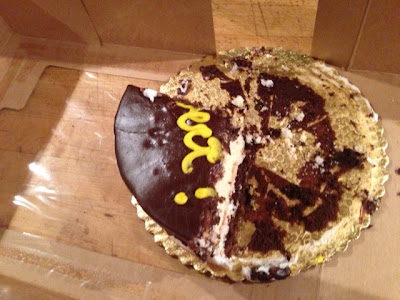 22:00.  Your Baker's Dozen.
Left over cake I brought home from my parent's house on Sunday. It's not pretty, but we have another day out of it, so there is that!

That's all folks - at least until next month.
Posted by Blobby at 12:02 AM

cap'n crunch - I have not eaten that in AGES! I like the one with the crunchberries.

sophie is a lucky kitty - milk AND snorgles!

I remember when our dog used to just randomly feel the need to sniff things and not actually take care of his business. Petey's cute enough to get away with it though, I'm sure! Also, I enjoy your approach to appetizers; 7 seems like a nice number, and artistically appropriate.

And now I want some Cap'n Crunch. Dang.

Actually, I like Crunchberries better too... They keep the regular Cap'n Crunch from getting stuck in my teeth.