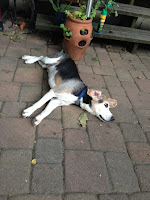 We are down in Columbus with Morty, George (and others) and their beagles.  ...and Petey RSVP'd that he would be attending too.

Actually all dogs got along swimmingly.  Of course after a few minutes, they just kind of went about their own way.

Petey should be way more tired.  He sleeps a lot but had been awake from 08:00, stayed very alert for a 2.5 hour ride, then he had to check out the house, the grounds and all the people.

As it it turns out, it is almost impossible to get three beagles to pose for pictures.  But at least you know I tried. 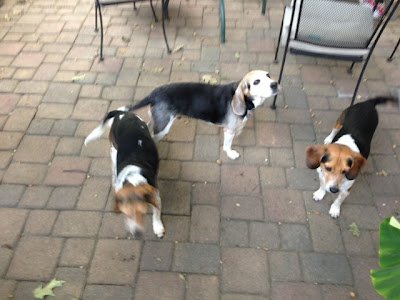 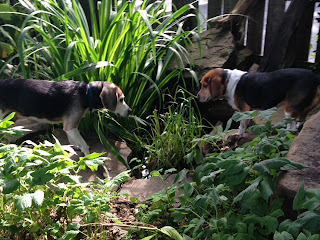 Petey and Skeeter checking out the gold fish in the pond.  His/Her name is Goldie.  Tres original. 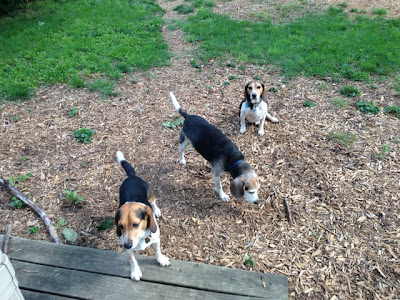 Logan and Skeeter will pose. Petey?  Not so much. 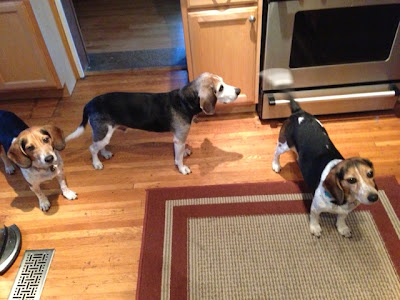 Wow, thought I had a drinking problem seeing triple and all.