I know we've only had him a little over a year, but taking pics of him never gets old.  He's a fun and cute one to watch, but as it stands, what I see with my eyes and what the camera catches are two different things.

I swear he is much more adorable in real life than he is in picture form.  Honest.

No worries, I try not to play favourites - I get Sophie in the shots too, as much as possible. 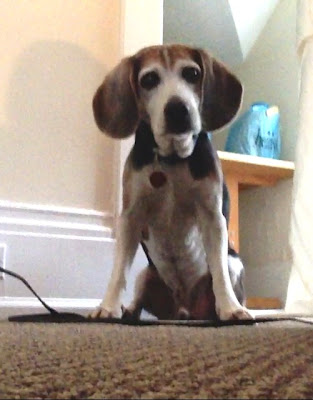 His eyes are cute, but I adore his ears.  ...and I think you can count his ribs, but he is not too thin. Honest. Try picking him up sometime.

This is actually a cap from a video which you might see in a week or two. 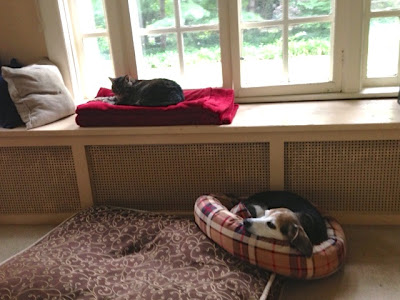 Petey is down to only two beds downstairs!!!  His third finally bit the dust and we took it to the curb. He seems to be functioning well with only two, but we will monitor the situation to make sure the prince isn't in any discomfort.

Sophie naps nearby to keep a close eye on him. 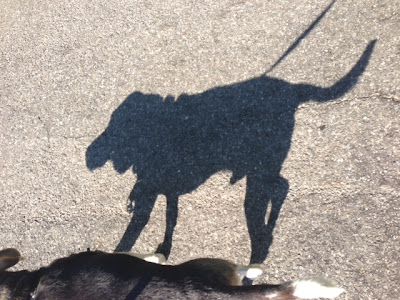 Petey's shadow on a walk.  And yes, that is his peen. 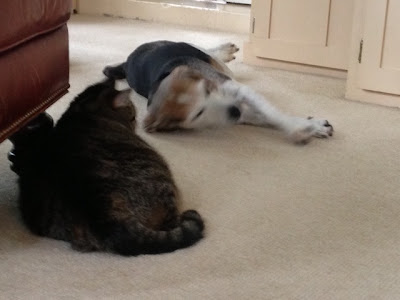 I missed the opportunity to get Sophie going nose-to-nose with him while he slept.  It happens all the time, but you have to be ready - and I rarely am, hence the blurred shot. 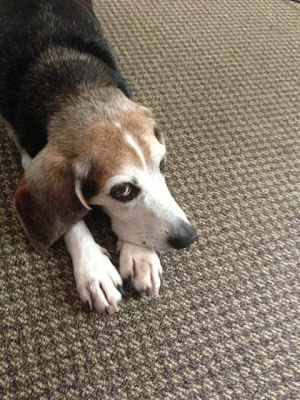 Oh, those eyes. The chin placement. The guilt.

"Are you sure we can't take a walk right this very second???"

We took a walk.  I'm a puppy pushover. He really doesn't ask for much.

In that first picture, instead of counting ribs -- it looks to me like Petey has a six-pack -- been working out those abs!

animal p0rn! that last pix is a keeper.