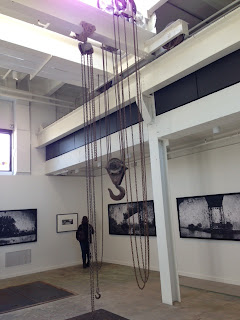 Last Saturday, since it was all of 36 fucking degrees outside, 710 wanted to go Transformer Station.

...as it turns out, it had nothing to do with Optimus Prime.

And for full disclosure, I know zilch about Transformers, the toys, the comics, the movies.  Zero.  How I pulled "Optimus Prime" out for cultural reference is beyond me.

Transformer Station was just that, a substation, but now turned into an art museum, that has partnered with the Cleveland Museum of Art.  It was transformed (ha! get it?!) by a friend and neighbor who is an architect.  So we went to see it for a number of reasons.

Overall, the space is fairly small, but nicely done and it still has some of the industrial feel, including the concrete floors and even some of the ceiling features were either original or keeping with the substation theme.

The first major exhibit is called Bridging Cleveland which are photos of - you guessed it - bridges of Cleveland.

The pictures, I believe, were all done using pinhole cameras (something I think would interest my cousin in going to see.....I'm just saying....), so that made it a little less fartsy, but a little more artsy. 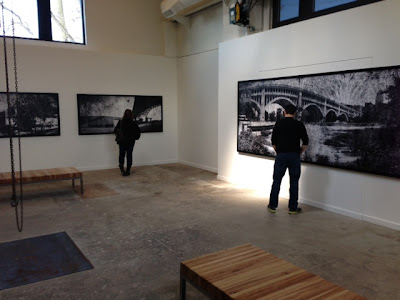 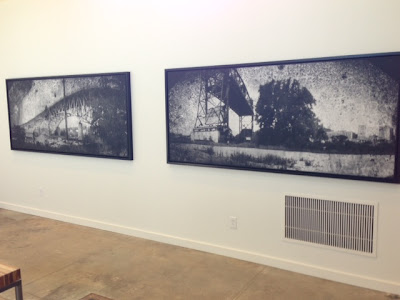 Some of the space is definitely newer, which probably had even more to do with our neighbor / friend than the refurbished part - and that was something closer of typical gallery space. 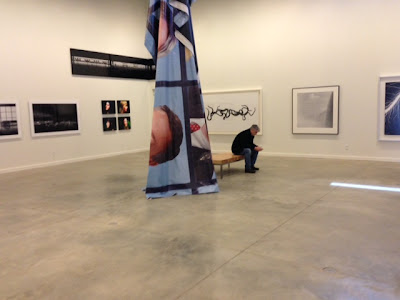 As with any art - modern or not - some of it is good, some of it less than good. But there were some interesting pieces.  The new section did not have the bridge exhibition, but other stuff.

What was nice about the museum was continued revitalization of the area. Once only housing two gay bars, a bath house and run down residences, now the area has some great little independent businesses including a coffee house in a fairly unmarked building that had a long line to get joe - at 15:00 on a Saturday afternoon!  I like seeing that.  The once dilapidated houses are bring fixed up and some of the streets are looking very nice.

So, we've done something new we can check off our list in Cleveland.  Smell me!

Email ThisBlogThis!Share to TwitterShare to FacebookShare to Pinterest
Labels: Art

repurposed buildings are cool; we have done that in some parts of philly. old factories have been turned into housing, or college classrooms, or business centers.

Don't tear it down! Re-purpose it! That should be a new slogan for every town and city. Some beautiful old buildings could be saved! Durham, NC has re-purposed many old buildings such as Brightleaf Square (a collection of boutique shops, restaurants, and offices) from an old tobacco warehouse!

It would have been a little more awesome _had_ there been actual Transformers in the space. The robot kind.

But from what I can see of the bridge photos, they are neat looking.